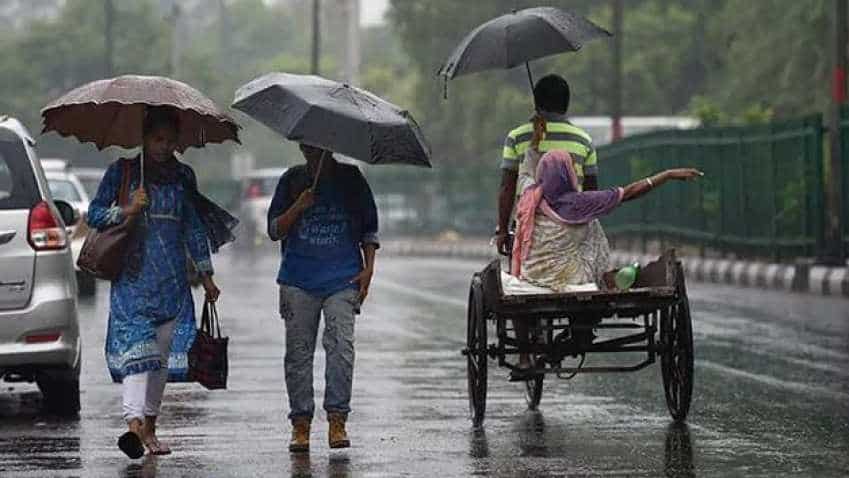 With deficient pre-monsoon rainfall and diminishing reservoir levels, the south-west monsoon season (June to September) rainfall is back in the spotlight. Photo: PTI

The Meteorological Department of India has forecast a 'near-normal' rainfall this monsoon and all those related to agriculture have started to look at the skies. As the rainfall is directly related to the rural sentiment as various experts have been buoyant on the consumption expenditure post-monsoon as India had deficient pre-monsoon rainfall. They say the monsoon is a crucial driver of rural sentiment and consumption expenditure, as it witnesses more than 70% of India’s annual rainfall, coincides with the Kharif crop sowing season and given that ~50% of food grain cultivation continues to be rain-fed. However, El Niño effect may take its toll on the monsoon forecast and affect the rural agrarian millennials.

Speaking on the matter Sreejith Balasubramanian, Economist – Fund Management, IDFC AMC said, "The rural agrarian distress in India is now widely acknowledged, as food inflation fell to historical lows and wage growth slowed. With deficient pre-monsoon rainfall and diminishing reservoir levels, the south-west monsoon season (June to September) rainfall is back in the spotlight. The season is a crucial driver of rural sentiment and consumption expenditure, as it witnesses more than 70% of India’s annual rainfall, coincides with the Kharif crop sowing season and given that ~50% of food grain cultivation continues to be rain-fed. Further, with the India Meteorological Department (IMD) forecasting a ‘near-normal’ event and global agencies issuing El Niño alerts, the season assumes greater significance this year."

Sreejith Balasubramanian of IDFC AMC went on to add, "The IMD forecasts monsoon rainfall to be 4% below normal while private forecaster Skymet is at 7% below normal. The Australia Bureau of Meteorology recently downgraded its forecast for El Niño, a warming of the Pacific Ocean typically associated with lesser rainfall in South Asia, to ‘watch’ (50% probability) from ‘alert’ (70% probability). It also expects positive Indian Ocean Dipole (IOD) conditions, a warming of the western Indian Ocean which is good for rainfall in India, to prevail during the season."

It is worthwhile to note:

1] All El Niño years are not deficient-rainfall years and vice versa. The onset, duration, strength and timing of the peak of El Niño during the season matters. For e.g., a late-season occurrence might cause an early withdrawal of the monsoon rainfall which reduces soil moisture (and impacts sowing) in the following Rabi season. Similarly, a weak and/or short-lived occurrence may not impact rainfall much;

2] Ultimately, it is the spatial and temporal distribution of the monsoon rainfall which matters and not just the headline numbers. The progress of rainfall alongside crop sowing in key regions holds the key; and

3] Positive IOD could offset the impact of an El Niño to some extent. However, the interaction between El Niño and IOD phenomenons is still an evolving area of research.

It is not the performance of monsoon rainfall on a standalone basis that matters. The run-up to the season – rainfall pattern in previous months, reservoir levels in regions with higher irrigation levels – also matters. For e.g., monsoon rainfall with poor temporal and/or spatial distribution on the back of prolonged dry conditions could be more damaging for agri production than otherwise.

1] The 2018 monsoon season rainfall was 9% deficient, with 31% of the country’s area receiving below-normal or deficient rainfall

2] The post-monsoon season (October-December 2018) rainfall ended 44% below normal, with 80%+ of the country’s area receiving below-normal/deficient rainfall

3] The winter season (January-February 2019) rainfall ended above normal, but the normal absolute rainfall during this season is very low and January had ended in deficit

5] Western states of Gujarat and Maharashtra seem to be the worst hit through the above periods – reservoir levels here are the lowest among all the regions.

1] The IMD has forecast ‘normal’ monsoon rainfall this year, but it has a storically under-estimated deficiency. Possibility of a weak El Niño stays afloat despite forecast downgrades

2] If El Niño turns out to be weak/short-lived or positive IOD plays out, this could aid monsoon rainfall in India, although not all El Niño years have been deficient rainfall years

5] Concentration in top-five producer states is the highest for pulses, followed by coarse cereals, which increases the impact of deficient rainfall in key states on production. Rice production is better distributed

6] Any serious shortfall in monsoon rainfall would most likely impact agri production and private consumption expenditure more than food inflation. The food-inflation impact of monsoon rainfall has been waning more recently due to abundant cereal stocks, the er impact from perishables, government supply-side measures and the meagre weight coarse cereals have in the CPI basket

7] In addition to the above factors, it is important to keep track of global grain prices which have been falling, government rice stock levels which are more than sufficient, farm input costs which could move in line with crude oil prices and agri exports which have stayed relatively flat.

US surpasses China as India's biggest trading partner in FY22 at $119.42 bn