Today's Weather Update: The IMD said in April monsoon rains were expected to amount to 96% of the long-term average, but a poor start followed by a mixed national picture - with some areas badly trailing until the past week - prompted concerns of an economic hit to India. 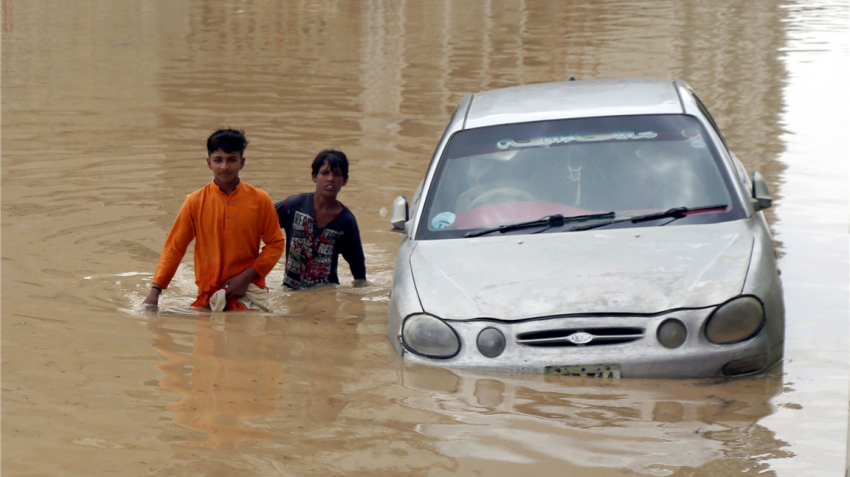 Weather forecast today: India received 42% more rainfall than the 50-year average in the week to July 31, data from the India Meteorological Department (IMD) showed. The data further stated that overall, the country has received 9% less rain than average in the first half of June-September monsoon season. However, monsoon rains in the coming weeks are likely to make up for a shortfall in the first two months of the season that began in June.

"We are going to see some rapid recovery in the monsoon and the rainfall shortage is expected to come down sharply in the next couple of days," KJ Ramesh, director general of the India Meteorological Department (IMD), told Reuters, adding that the slow progress of the June-to-September monsoon season had led to fears of widespread drought, and has curbed the sowing of several summer-planted crops.

He, however, said that a revival could spur planting and boost the yield of summer-sown crops such as rice, cane, corn, cotton and soybeans, adding that meteorological forecasts suggest the deficit should be wiped out by the end of August. Ramesh was quoted as saying, "A sharp pick-up in the monsoon will ensure that the seasonal rains are broadly in line with our forecasts."

According to the IMD office, there could, though, be some further major flooding in parts of the country. In recent weeks, millions of people have been displaced in eastern parts of India including Assam and Bihar.

The IMD said in April monsoon rains were expected to amount to 96% of the long-term average, but a poor start followed by a mixed national picture - with some areas badly trailing until the past week - prompted concerns of an economic hit to India.

Meanwhile, Odisha has received 17.7 per cent deficit rainfall in the months of June and July. The state received 457.7 mm rainfall against the average of 556.4 mm in the two months.

In July, Odisha received nine per cent less rainfall with Malkangiri and Bhadrak districts, recording the highest and lowest rainfall of 633.8 mm and 178.9 mm respectively, according to Special Relief Commissioner (SRC) office today.

On an average, the state experiences 15.4 rainy days in the month of July, while in June month, there were 7.4 rainy days against the normal average of 9.9 days.

In Jammu and Kashmir, streets of Srinagar city are waterlogged following rainfall in the region. Srinagar Municipal Corporation is pumping out the water with the help of water pumps.

However in Gujarat, Western Railway has cancelled 5 trains, short terminated 2 trains, and 2 trains were short originated due to heavy rains and water logging in Vadodara Junction railway station and surrounding areas.

Meanwhile in Punjab, streets in Ludhiana are waterlogged in the wake of heavy rain today.