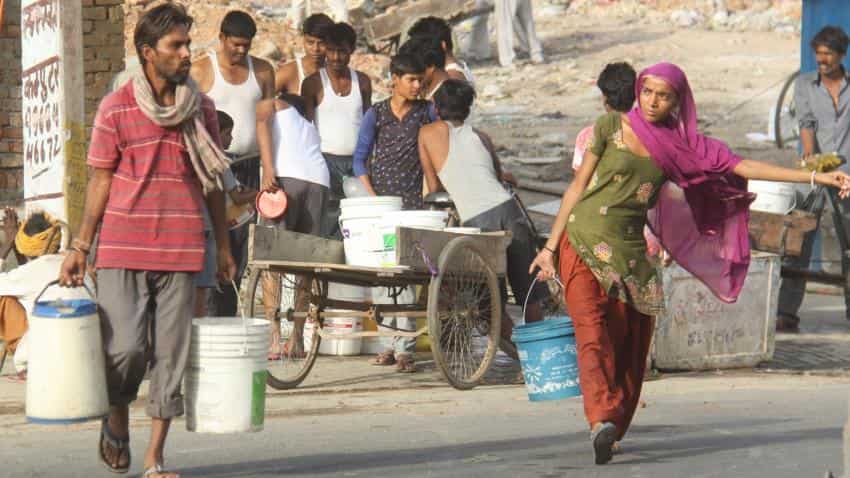 Setting a target to reach out parched regions with one billion litres of water annually before next environment day (June 5, 2018), startups working on ensuring water-supply to the deprived said they see water ATMs as the next solution.

At 76 million -- about six percent of the population, India has the largest number of people living without access to safe water in the world, according to a 2016 WaterAid report. Meanwhile, experts like Magsaysay Award winner Rajendra Singh, known as India`s Water Man, over 73 per cent of the country`s aquifers are being overdrawn.

The reports state that while aquifers provide 85 per cent of drinking water, their levels are falling in 56 per cent of the country.

At the same time, providing the rural-areas with affordable potable drinking water through water-ATMs is the next step, say people in business.

"In a world that needs 350 billion litres of water everyday, we aspire to deliever one billion litres per annum by 2018," says Parag Agarwal, Delhi-based founder of JanaJal, a company that has currently installing 100 water ATMs along with the IRCTC at railway stations in Mumbai, Delhi and Gujarat, while pursuing other projects in rural areas where status of clean water is in bad shape.

Among the latest and one of the firsts in past two years, a Water ATM, providing potable drinking water at Rs 2 per litre was recently installed at Khoda village in Ghaziabad district by JanaJal. The first water ATM of UP was installed in Mathura.

"We are committed to make a difference and make Right to Water a distinct reality in the life of every Indian but for the we also solicit and seek support from corporate India to further this cause in an affordable and sustainable manner and make this precious resource available to one and all," Agarwal said.

The average cost of one water ATM is about Rs 8-10 lakh. The water is procured from the nearest source, underground, lake, river or wells and sent to lab before being uploaded on the ATMs.

"On the occasion of World Environment day, we wish to point out that 2 billion people are suffering due to lack of access to safe drinking water. If current trends continue, two out of every three people on earth will suffer moderate to severe water shortages in just two decades from now," he said.

However with India rapidly moving towards being water-stressed, the primary availability is being threatened..

The current availability of water per person per year in India is placed at roughly 1,745 cubic metres. To qualify for becoming water-stressed, the figure has to drop to 1,700 and at 1,000 it becomes water scarce.

A Central Water Commission report states that over the past five decades, availability of fresh water has dropped from 3,000 cubic metres to 1,123 cubic metres today.

According to S.K. Sarkar, Director of Water Division at The Energy and Resources Institute (Teri), by 2050, India will be water-scarce.

At present about 1,123 billion cubic metres of fresh water is available in India of which 84 per cent is used in agriculture.