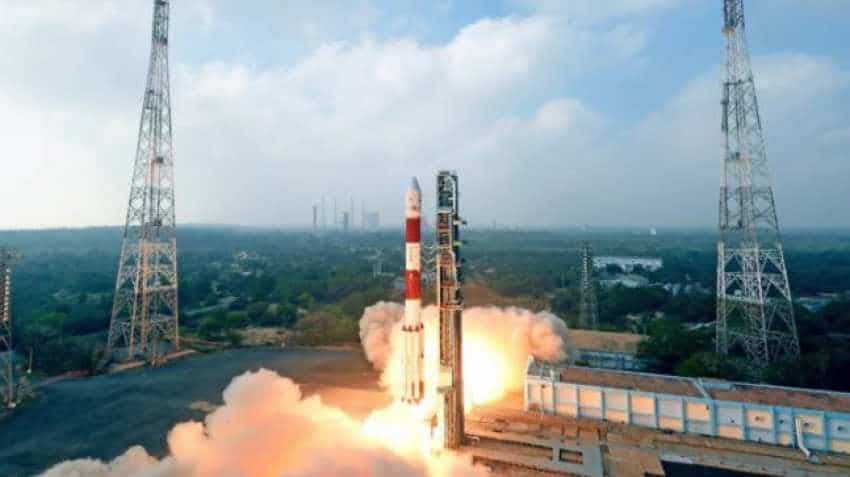 ISRO CARTOSAT-3 PSLV-C47 launch: The Indian Space Research Organisation (ISRO) on Wednesday successfully placed into orbit its own earth observation satellite Cartosat-3 and 13 US nano satellites. CARTOSAT-3 satellite, which is the ninth in the series, was launched from the second launch pad at Satish Dhawan Space Centre (SDSC) SHAR, Sriharikota at the scheduled time of 9.28 am. This was the 74th launch vehicle mission from Sriharikota.

Cartosat-3 is India`s new earth observation satellite up in the sky will send sharp clarity images for urban planning, rural resource and infrastructure development, coastal land use and land cover and also for strategic/defence purposes. It is most complex and advanced earth imaging satellite built so far, was placed into orbit 17 minutes and 46 seconds after lift-off, the immediate mission after Chandrayaan 2, where the lander crashed while making a soft descent on the lunar surface on September 7.

Watch CARTOSAT-3, 13 nano-satellites launch below in this tweet video:

CARTOSAT-3 is a third-generation agile satellite with high-resolution imaging capabilities. According to ISRO, this satellite mission will replace the IRS series. The CARTOSAT-3 has a panchromatic resolution of 0.25 metres, which helps it conduct satellite imaging with the highest resolution. The space research organisation said this mission is a huge leap from the previous payloads in the CARTOSAT series.

In the process, India crossed the milestone of putting into orbit 300 foreign satellites. By putting the 13 American nanosatellites into orbit, India till date has launched a total of 310 foreign satellites for a fee. The Indian space agency officials said they would supply the required images for various agencies. It is for the user agent to decide on the image use.

According to ISRO, 12 of the US nanosatellites are named as FLOCK-4P are earth observation satellites and the 13th is called MESHBED, a communication testbed satellite. The PSLV-XL is a four-stage/engine expendable rocket powered by solid and liquid fuels alternatively. The rocket has six strap-on booster motors to give additional thrust during the initial flight stages.