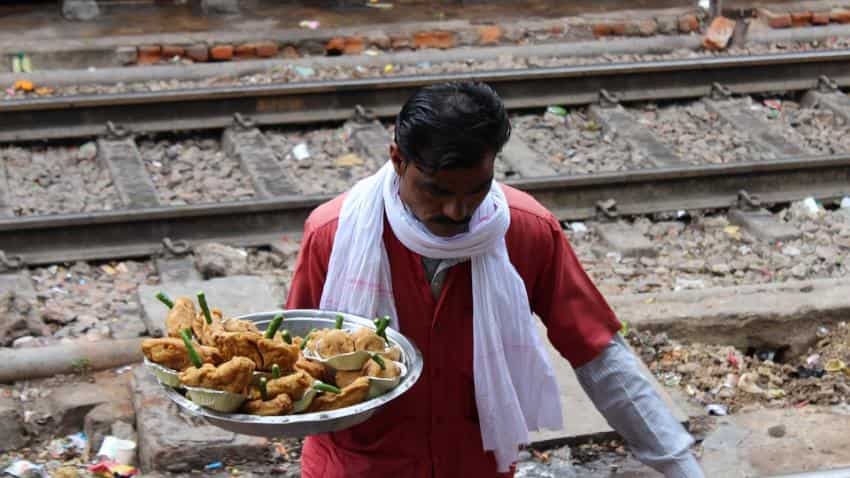 The food sold at railway stations is "unfit for human consumption" and the hygiene standards at railway catering units are below par, the Comptroller and Auditor General of India has said in a scathing report.

The CAG performance audit found unpurified tap water being used to make beverages, uncovered and unwashed waste bins, food left out in the open, and rats and cockroaches at catering units in trains and stations.

The report was prepared after inspections at 74 stations and 80 trains, covering the period from 2013 to 2016 and issues of earlier years which could not be reported earlier.

The Railway Ministry, meanwhile, said in a statement that measures have already been put in place to control and improve food quality.

A senior official of the ministry claimed that while 11 lakh meals are served on trains everyday, on an average there are only about 23 complaints per day over catering.

The statement said catering has been a "top priority for the railways" and the minister, "Suresh Prabhu was specially cognisant of the issues."

According to the ministry note, as per the new catering policy announced in February 2017, food production and distribution will be done through different service providers.

The CAG report also pointed out that frequent changes in the catering policy and the consequent transfer of responsibility to manage catering units have created a state of uncertainty in management of the services.