The committee formed to make recommendations to digital transactions in India said that transitioning to an electronic platform for government payments itself could save approximately Rs 100,000 crore or Rs 1 lakh crore annually. 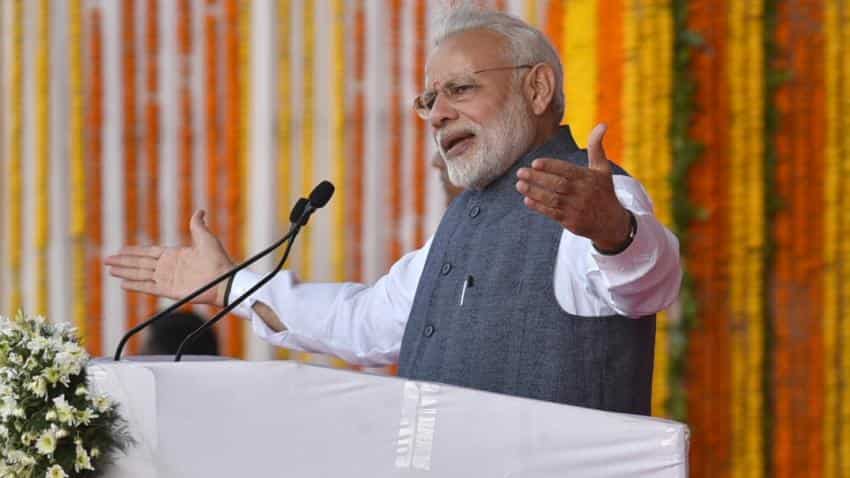 India could reduce its cost of cash from the present levels of 1.7% to 1.3% of GDP. Photo of PM Narendra Modi. Image Source: IANS

PM Modi’s push for a cashless society within the government alone may save nearly Rs 1 lakh crore, the report by Watal committee set up to make recommendations on digital transactions said on Tuesday.

Subtracting a one-time initial investment, the committee said, “… by certain estimates, transitioning to an electronic platform for government payments itself could save approximately Rs 100,000 crore (Rs 1 lakh crore) annually, with the cost of the transition being estimated at Rs 60,000 to Rs 70,000 crore.”

The money saved by the government transitioning to digital payments was more than India’s dependency on cash.

“India’s dependency on cash imposes an estimated cost of approximately Rs 21,000 crore on account of various aspects of currency operations including cost of printing new currency, costs of currency chest, costs of maintaining supply to ATM networks, and interests accrued,” the committee said.

In early October, Zeebiz quoted Visa’s research paper that said cost of cash transactions in India, stemming from large volumes of cash flow in the economy relative to its peers across the globe, can be reduced by Rs 70,000 crore in five years.

The report further said that the net cost of cash, which included currency operations, as well as other costs borne by households, businesses and banks in handling cash was 1.7% of India’s real GDP in 2014-15.

The Watal committee confirmed the estimates by quoting the same figures and added, “…estimates indicated that foregone tax revenues from the shadow economy constituting 19% of India’s GDP, account for 3.2% of India’s GDP."

The committee was formed to review the framework related to digital payments under Ratan Watal, Officer of Special Deputy in the Ministry of Finance.

Although the committee also noted the transition to digital payments cannot be agnostic to the actual costs incurred by the end customers, the reasons for preferring cash, and the factors inhibiting the uptake of existent channels of digital payments.

“Transitioning to digital payments is estimated to bring about a significant reduction in costs incurred on account of inefficiencies associated with cash and other paper based payments,” the committee added.