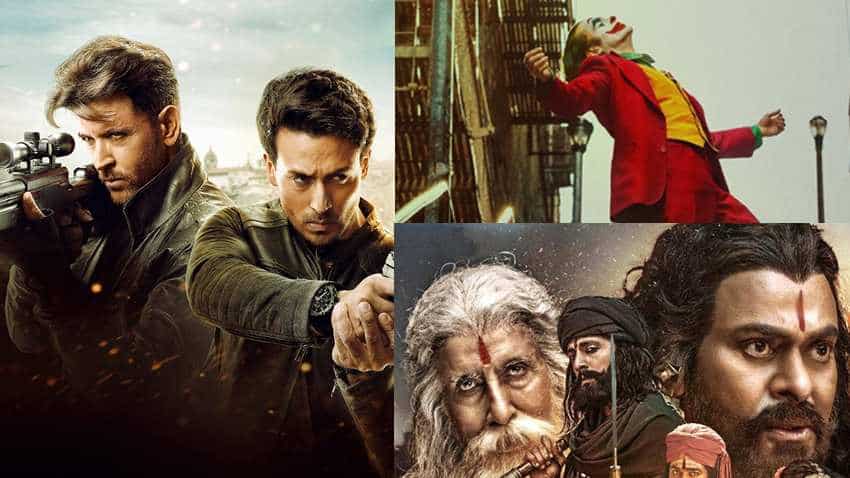 Hrithik Roshan to play Sourav Ganguly in biopic? Here is what BCCI president has to say

War vs Sye Raa Narasimha Reddy vs Joker box office collection: Usually, when more than one big budget movie releases on the same day, box office collections are impacted negatively. A similar situation was expected on Wednesday as not just one or two, but actually, three highly-awaited big-budget films were released on the same day. The Hrithik Roshan and Tiger Shroff starrer War is clashing with Chiranjeevi's multi starrer period drama Sye Raa Narasimha Reddy and Todd Phillips' Joaquin Phoenix starrer Joker at the box office this week. All the films released on October 2 to take advantage of extended Gandhi Jayanti weekend.

But, far from the common perception, the box office collection clash between War, Sye Raa Narasimha Reddy and Joker comes as good news for Indian cinema! In fact, the B.O. might witness its biggest collections figure till date. All the films have released to a great response and positive reviews across India. According to entertainment industry tracker Ramesh Bala, the cumulative box office collection of these films on Wednesday could be between Rs 150 crore and Rs 200 crore which would be a record day for Indian box office.

Apart from these, Tamil film Namma Veettu Pillai which released last week is already doing exceptionally well in South. The film has earned over Rs 31 crore from just Tamil Nadu within five days of its release. The film marks a box office comeback for Sivakarthikeyan whose last few films failed to bring viewers to theatres.

War is expected to have the biggest opening for a Bollywood film in 2019. It has registered over 70 per cent opening on Wednesday and raked in around Rs 32 crore from advance bookings. Meanwhile, Sye Raa Narasimha Reddy, which was originally made in Telugu with Chiranjeevi as lead also stars Amitabh Bachchan, Sudeep, Vijay Sethupathi, Nayanthara and Tamannaah Bhatia. The star cast should help the film to do well across languages.

Joker is unlikely to mint similar amounts as War and Sye Raa Narasimha Reddy but has released to extremely positive reviews and word of mouth should help it pick up over the next few days and then soar during the weekend.

Hrithik Roshan to play Sourav Ganguly in biopic? Here is what BCCI president has to say