War box office collection: What has been a great year for Bollywood just turned better as Hrithik Roshan and Tiger Shroff starrer War has hit a triple century. The highest grossing Hindi moving of 2019 has breached the Rs 300 crore mark. 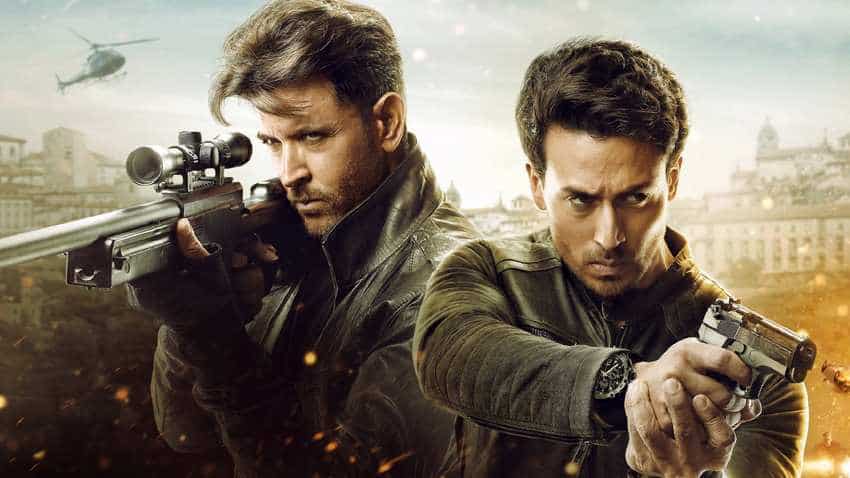 War box office collection: What has been a great year for Bollywood just turned better as Hrithik Roshan and Tiger Shroff starrer War has hit a triple century. The highest grossing Hindi moving of 2019 has breached the Rs 300 crore mark and should continue to dominate over the next week till Housefull 4 arrives in theatres. War box office collection was confirmed by movie critic, business analyst and influencer Taran Adarsh. "Abki baar 300 paar," he tweeted as the Siddharth Anand directorial created a new box office record.

In another tweet he said that War's success shows why big budget films are a must for the industry. Adarsh said that not only these films drive audience to movie halls and contribute to ticket sales but also pave way for mid-range and metro-centric films, in the process. Adarsh is also hopeful that the success of War will inspire Yash Raj Films to produce a sequel of the film.

"2019 has been a fantastic year for #Bollywood and the super success of #War reiterates the fact that *well made* biggies - targeted at PAN India audience - will always be embraced warmly by the paying public... Expecting #YRF to green light #War2 soon," he said, in another tweet.

Explaining the economics of the film, Adarsh tweeted that both Tiger Shroff and Hrithik Roshan were signed two years at then prevalent rates. This had taken the cost of production to Rs 150 crore including all fees and remuneration. Going bu this, the makers have made more than Rs 150 crore just from ticket sales. If you will add television and streaming rights to this along with other sources of revenue, we are looking a whopping figure.

Interestingly, Hrithik Roshan had also signed a backend deal for War which made him a partner in profits. Adarsh expects War to be a franchise like Mission Impossible series, with Hrithik staying constant.