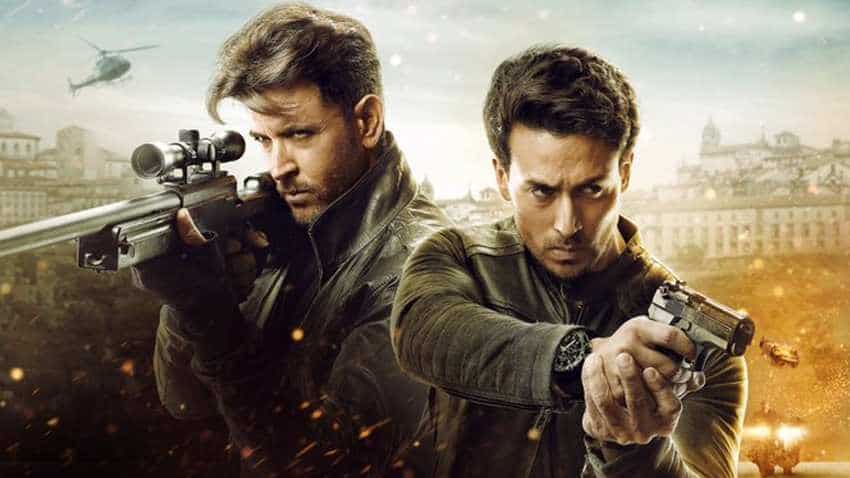 Just like War, Bharat too had released on an extended weekend due to Eid. Source - Taran Adarsh/Twitter.
Written By: ZeeBiz WebTeam
Edited By: Manas Tiwari
RELATED NEWS

War box office collection day 4: Things are looking pretty good for Hrithik Roshan and Tiger Shroff starrer War which has released to a brilliant box office response. War had crossed the Rs 100 crore mark in just three days and is now set to beat Salman Khan's Bharat in five-day extended box office collection. So far, the action-thriller has maded Rs 128.25 crore across India and is likely to cross Rs 150 crore mark on Sunday, a feat that was also achieved by Bharat on its fifth day. Not just this, War is expected to breach the Rs 200 crore mark by the end of its first week as well.

In another tweet, Adarsh said that War is doing well across all markets - Metros, mass belt, Tier-2, Tier-3 cities. He added that it should put up superb numbers even on Sunday. "#War is firing on all cylinders at the BO... Metros, mass belt, Tier-2, Tier-3 cities - #War witnesses massive growth on Day 4 [Sat]... Will put up superb numbers today [Sun] as well... Trending better than #Bharat, which also enjoyed a 5-day *extended* weekend," Adarsh tweeted.

Just like War, Bharat too had released on an extended weekend due to Eid. However, it had got more screens than Hrithik Roshan and Tiger Shroff starrer.

The film does not face any significant competition at the box office till Diwali when Akshay Kumar starrer Housefull 4 will hit the big screens. It should also see big numbers on Tuesday i.e Dussehra.