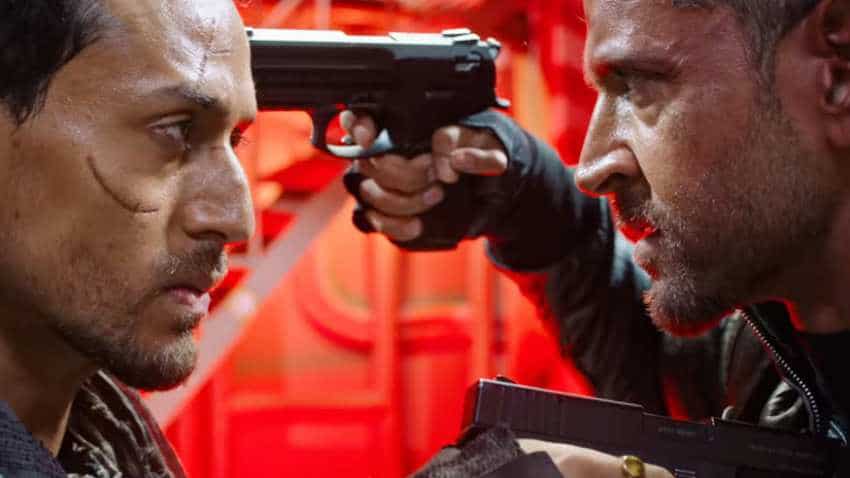 War box office collection day 1 prediction: Hrithik Roshan, Tiger Shroff starrer action thriller War is going to hit theatres on October 2. With just two days left for the release, this Hrithik vs Tiger saga is already creating buzz online. Apart from Hrithik and Tiger, the film also stars Vani Kapoor in an important role. Advance booking for War has already begun and the movie is set for a bumper opening. Hindi cinema trade experts are of the opinion that WAR will get one of the biggest openings when it hits the silver screen on October 2.

The film is releasing on October 2 i.e. Gandhi Jayanti which gives it an extended 5-day weekend. Also, there is no major Hindi film running in the theatres as of now. The first day War box Office Collection is expected in the range of Rs 30 to 32 crore while the second and third day is working day is expected to receive some beating as it will be a working day but still, the film is expected to mint around Rs 20-22 crore. Since Saturday and Sunday are expected to gain more traction, the action thriller and Hrithik-Tiger fans are enough to bring the flick in Rs 100 crore club in the first weekend.

Trade analyst Umesh Kherajani believes that War will get the second biggest opening of 2019 after Salman Khan starrer Bharat. "I am predicting the opening day collection to be in the range of 36-40 crores," wrote Umesh Kherajani in his blog. Trade analyst Komal Nahta has something more interesting. The trade pundit has predicted 'all records in danger' once War hits the celluloid on October 2nd.