With the majority of companies worldwide taking the decision to permanently work from home, Indians seem to have taken a liking to this new working model. 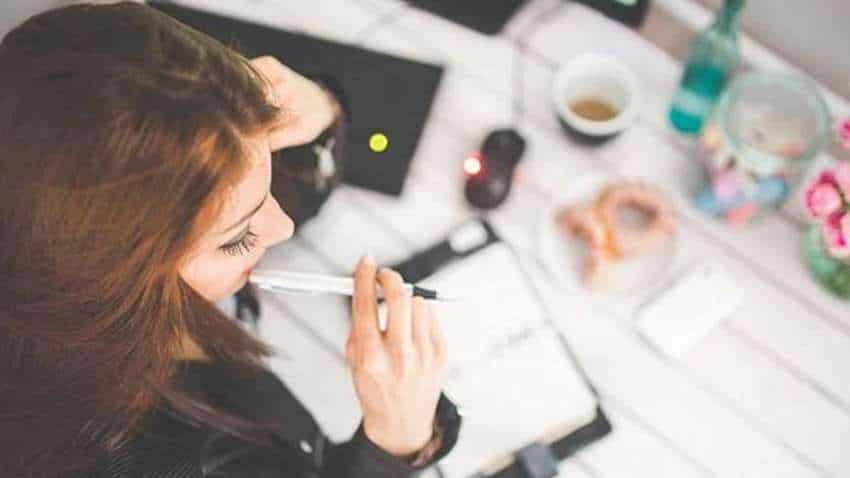 Back pain remedy alert! Are you too suffering from spine problems due to work from home? Must read this

Govt extends work from home norms for IT, ITes companies till Dec 31

As dark clouds continue to loom over us, the world economy is slowly moving back to near-normalcy. The new world order is now set in stone with everything and everyone going contactless, inducing newer habits in consumers as we sail through the COVID-19 crisis.

With the majority of companies worldwide taking the decision to permanently work from home, Indians seem to have taken a liking to this new working model. The Mavericks India report titled - “COVID-19 and Beyond: An Evolving Perspective”, based on a survey conducted with 720 respondents from across the country found that 54% love working from home, of which, 34% are willing to take a 10% salary cut to work from home indefinitely. This is in direct correlation to the amount of time people spent commuting to and from work in the pre-COVID scenario; 81% of the respondents with more than 90 minutes of one-way commute to the office would love to work from home permanently.

Work from home - a disruptive normal

56% of the respondents believe that their productivity levels have increased significantly since they began working from home due to the national lockdown in April 2020. In fact, the cohort witnessing the most notable productivity increase appears to be the senior executives and CXOs, of which 31% claimed a productivity increase of 25% or higher since pre-COVID times. Moreover, 39% of the CXO cohort would willingly take a 10% salary cut to work from home permanently, as compared to 18% junior executives.

When looking at preferences from a gender standpoint, 56% of the women respondents claim to love the current setup. This is particularly the case with the Gen X women respondents where 80% of them enjoy the flexibility of balancing work and home, while dedicating enough time for their hobbies instead of the tedious commute to and from work. Further, this preference could be attributed to the fact that this model has provided a level playing field for the women workforce, giving them numerous opportunities to explore.

Fear of COVID-19 a new yardstick for a healthier lifestyle?
The fear of the pandemic has subsided significantly since April with only 39% of the respondents living in extreme paranoia in October as compared to 66% in April. This decrease is more pronounced amongst the millennials, witnessing a fall of 33%. CIty-wise, the sharpest drop in concern was witnessed among Chennai-ites with 74% being extremely worried in April 2020 to only 28% in October 2020. Surprisingly only Kolkata has shown an increase in fear or concern from 54% in April to 62% in October 2020.

It is important to note that the fear of COVID-19 is not directly correlated with the number of people one knows who have contracted the virus. For instance, only 22% of those knowing 20+ people displayed a high fear score (4 or higher), while 40% of those knowing 0-11 people displayed a high score. This could mean that the former believe that recovery is possible and that this virus is like any other infection, whereas the latter display a lower believability related to recoveries, translating into a greater sense of fear.

Further, there’s been a steady increase in people prioritizing better hygiene and sanitation at all times, indoors and outdoors. Chennai and Hyderabad seem to have upped the ante in this regard with a whopping 63% and 79% claiming to maintain better personal hygiene and sanitation since the pandemic made its way to India. This in turn has seen an uptick in the number of new players entering the market in the hand sanitizer category alone; this number stands at 152 currently.

A strained relationship of trust with the media

95% of the respondents believe that the media has a significant impact on the democracy of the country. However, 82% feel that most media houses are biased and agenda driven, especially amongst 86% of the younger Gen Z respondents.

Content consumption patterns continue to change since the virus outbreak with a radical shift towards online platforms. Even among older generations, traditional forms of content consumption and news publications are losing traction while they gravitate towards popular news aggregators and social media channels.

The fast spread of fake news continues to be a burgeoning concern among the respondents - 100% believe that fake news has negatively impacted the country in some form or the other.

Anti-China, Pro-India sentiment on the rise

The anti-China sentiment has steadily gained momentum since April 2020 especially among the older millennial and Gen X cohort. 35% of those employed in the private sector believe that China is directly responsible for the pandemic outbreak and the consequent job losses that have taken place in the last 8 months. This growing sentiment has forced consumer brands to activate campaigns and alter their communications strategy towards going “Vocal for Local”. From an individual standpoint, 55% of the respondents have become supportive of the #VocalForLocal campaign during the crisis.

75% of the respondents believe that the economy is going to take no less than a year to bounce back to normalcy.

With digital dependencies on an upsurge, the face of the Indian education system has transformed by leaps and bounds. Digital learning is seen as the next big business opportunity, while parents are shuttling between work, chores and keeping their children engaged throughout the day. With children not returning to school anytime soon, one in every four parents would prefer to switch back to the traditional classroom setup, citing developmental concerns and delays in their children due to the lack of personal contact.

The travel and hospitality industries are still in a state of shock but are taking measures to accommodate new norms. Long journeys are still a pipe dream, with localized travel having gained momentum in the last few months. 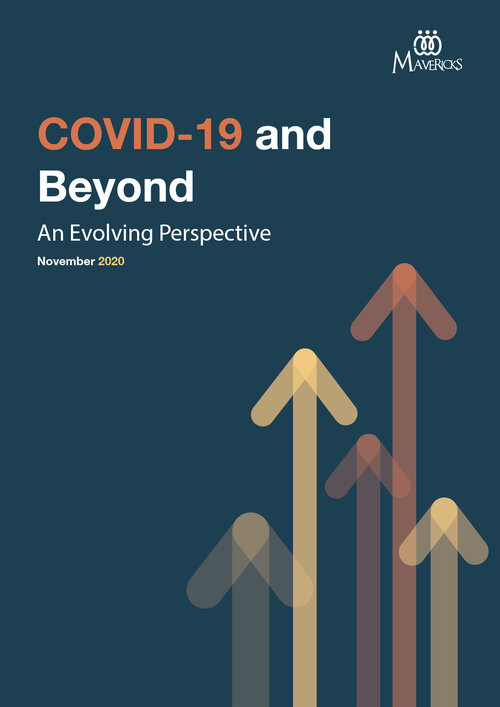 To arrive at these insights, Mavericks Research conducted a survey over the months of September-October, with an aim to gauge temporary and permanent changes in our behaviour since the COVID-19 crisis and end of the lockdown period, as well as understand our expectations and plans under the new normal. We have attempted to analyse our collective behaviour through this COVID-19 crisis, as well as understand our evolving expectations from various aspects of our lives, now that the world paves way to a new normal. Our insights shed light into what has changed for the better, for the worse, and what remains the same under our new day-to-day lives, along with our anticipations for the near future.

Approximately 720 responses were collected through this survey via an online survey tool, and key findings were generated based on consideration of the unfiltered sample dataset, as well as through filtering data by gender, age bracket, and occupation. Additionally, secondary research, combined with some one-on-one discussions with members of the target audience, helped us arrive at comprehensive insights which build on the data points. All the respondents belong to SEC A and to that extent the insights therefrom need to be construed and consumed accordingly. Approximately 180 respondents belong to a community of entrepreneurs, CXOs or senior company executives/ leaders.

Back pain remedy alert! Are you too suffering from spine problems due to work from home? Must read this

Govt extends work from home norms for IT, ITes companies till Dec 31