After the WannaCry ransomware infected the computers across the world, the Reserve Bank of India (RBI) has directed banks to operate their ATM networks only after machines receive a Windows update to protect the machines from the malware. 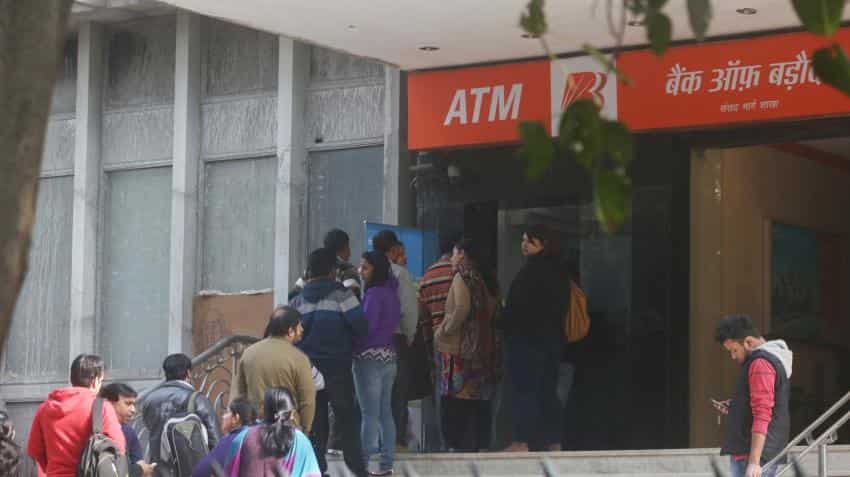 People queue up outside an ATM kiosk to withdraw cash on the last day of demonetisation in New Delhi on December 30, 2016. Representational Image. Image Source: IANS
Written By: ZeeBiz WebTeam
RELATED NEWS

1. RBI has directed banks to operate their ATM networks only after machines receive a Windows update

2. The 'WannaCry' ransomware attacked the computers around the world on May 12 this year

3. The virus locks access to user files and demands money -- in the form of the virtual currency Bitcoin -- in order to decrypt them

The Reserve Bank of India (RBI) has directed banks to operate their ATM networks only after machines receive a Windows update in order to protect them from a malware which is impacting the systems across the globe, The Times of India reported.

The central bank's recent directive was in response to the 'WannaCry' ransomware that took down computer systems across the world locking up critical data and demanding bitcoins as ransom for its release.

The 'WannaCry' ransomware attacked the computers around the world on May 12, Friday.

The virus locks access to user files and demands money -- in the form of the virtual currency Bitcoin -- in order to decrypt them.

According to The Times of India report, ATM machines are seen as being vulnerable since almost all of them run on Windows software. Also over 60% of the 2.25 lakh ATMs in the country run on the outdated Windows XP.

Microsoft has, however, issued a statement saying that it has developed and released a special update for Windows XP although this particular version of its operating system is no longer serviced by the company, the report said.

"RBI has asked banks to update specific Windows patches on ATMs urgently and not to operate ATM machines unless updates are in place," the report said quoting an official with a public sector bank.

Banks have passed on the directive to their management service providers.

ATM operators, however, say that there is no threat to customer data on money.

"The objective of ransomware is to shut down critical information in networks and prevent access to this data. In the case of ATMs there is no data stored in the machine,"  the newspaper said quoting Manohar Bhoi, president (technology) at Electronic Payments and Services — a management services firm that handles ATMs for public sector banks.

"Neither is there storage of any kind of logic that will block transactions. Even if a machine were to get affected it can be reformatted and put to use immediately," Bhoi added.

Applying software patches is done by the vendors who supply the ATM. According to Bhoi, this can be done remotely and usually the vendors run their tests on the patch before an update, it added.

In India, 102 computer systems of the Andhra Pradesh police were hacked on Saturday and a Nissan and Renault plant production was halted because of the malware.

As per the AFP report dated May 14, computers around the globe were hacked beginning last Friday using a security flaw in Microsoft`s Windows XP operating system, an older version that was no longer given mainstream tech support by the US giant.

The European Union's police agency Europol said the latest cyber-attack is set to have impacted 200,000 victims in at least 150 countries and the number would increase when people return to work on Monday, Reuters reported.

"The global reach is unprecedented. The latest count is over 200,000 victims in at least 150 countries, and those victims, many of those will be businesses, including large corporations," Reuters reported quoting Europol Director Rob Wainwright Rob, as saying.