Indian cricket team captain Virat Kohli is known for his aggression of the field. The Royal Challengers Bangalore skipper was involved in heated exchange of words with former Australian captain and Delhi Capitals coach Ricky Ponting in the recently concluded IPL season. 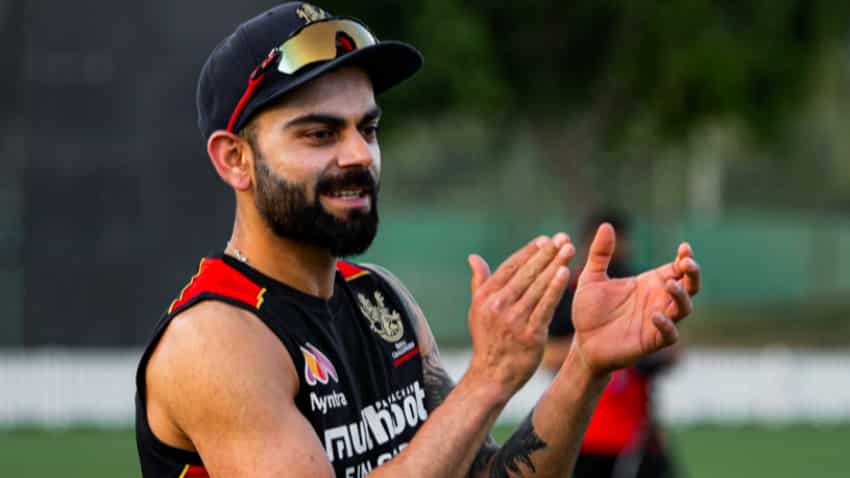 Indian cricket team captain Virat Kohli is known for his aggression of the field. The Royal Challengers Bangalore skipper was involved in heated exchange of words with former Australian captain and Delhi Capitals coach Ricky Ponting in the recently concluded IPL season. However, outside the ground, he is one jolly individual as per his Royal Challengers Bangalore teammate Adam Zampa.

The Australian leg-spinner got to know Kohli closely in the UAE, spoke about the Indian captain on “The Unplayable Podcast.”

"He's a totally different person off the field. You see his aggression and how competitive he is on the field. He's actually one of the most chilled out guys off the field," said Zampa. The two had come face to face while playing for their national sides in the past.

"Obviously, you always play against him, you get to know what he's like on the field and then being able to spend time away from the cricket field with guys like that, you see how human they actually are." The Aussie, who played just three games for RCB this season, noticed two completely different sides to Kohli. He said that Kohli was a beast while playing the game but he’s a ‘lovely guy’ outside it.

"He's the kind of guy (that) as soon as he walks across that line, he's a competitive beast. I saw it first-hand playing with him, there's two different versions of him and that's the weight of expectation he has on himself to perform for India. But when he's off the field he's a lovely guy and very chilled out," the Aussie said.

RCB had a mixed IPL season. After starting off well, the team had an indifferent form entering the Play-Offs. They lost the eliminator to Sunrisers Hyderabad and were knocked out of the tournament. Kohli had a topsy-turvy campaign as well scoring 466 runs from 15 games.

Zampa, however, was left impressed by his RCB skipper. Zampa labelled Kohli as a jovial individual, who laughs his heart out.

"He's actually one of those guys...he's a very easy laugh -- you can say the worst joke in the world and he'll laugh his head off. He'd had enough of me by the end of it trying to make him laugh until his cheeks were sore."