Vinod Rai: Institutional changes depend upon the economy, model of governance

Constitution of BBB was recommended by the Dr PJ Nayak Committee. The Nayak committee in its recommendations asked the government to professionalise the banks. This can be achieved by keeping the Public Sector Banks at an arms distance from the government and by putting professional directors on them to run them. This thing cannot happen overnight, said Vinod Rai. 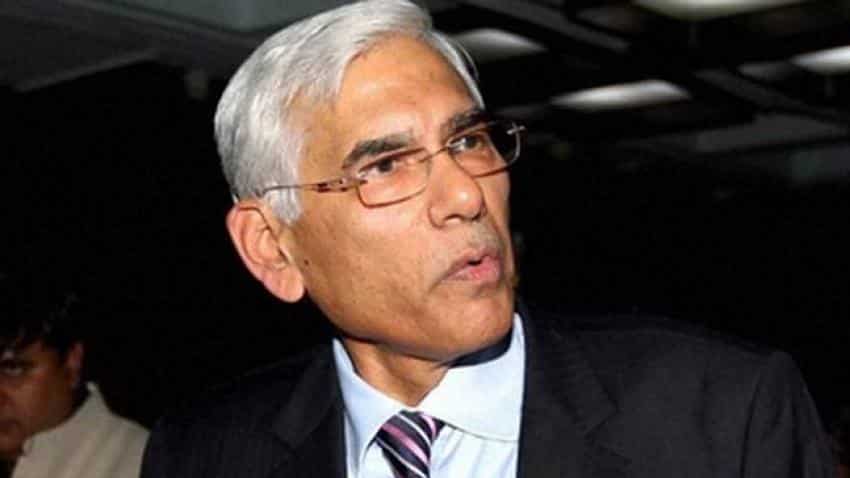 Vinod Rai said that privatisation is not the only solution for banks and he was not disappointed by the CBI court’s verdict on the 2G scam. Image source: PTI
Written By: ZeeBiz WebTeam

Former CAG Vinod Rai and Senior Research Fellow at the Institute of South Asian Studies Dr Amitendu Palit in an exclusive interview with Zee Business's Mehak Kasbekar spoke about the 2G scam verdict, privatizing Air India and public sector banks, the RBI Governor, the Bank Board Bureau and Election Commission among other things. Rai and Dr Palit have co-authored Seven Decades of Independent India. Among other things, Vinod Rai said that privatisation is not the only solution for banks and he was not disappointed by the CBI court’s verdict on the 2G scam. He added that just bringing wrongdoing into the public domain was reward enough. Here are the edited excerpts:

Q: Recently, RBI Governor Urjit Patel said RBI should be given more regulatory powers over the state-owned banks. Do you think that the powers given to RBI are adequate?
Vinod Rai: You must not connect an institution with a person who runs it. Look at any country and their institutions, may it be Police Structure or Capital Markets, they change their structure with time. In short, the institutions keep evolving over a period of time. I am saying this because institutional changes depend upon the kind of changes the country's economy and its model of governance sees. When it comes to the powers, I can just say that it depends on the way they want to use it. See, a healthy and a constructive tension always lies between the monetary and fiscal authorities of a country and it should be so. Just asking for powers to dismiss is not logical. If you want to remove X, Y, Z person who is a CEO of an institute, then move forward and consult with the government because it is a body that appoints or removes a person in Public Sector Banks (PSBs).
Watch this Zee Business video

Q: In 2016 when Bank Board Bureau (BBB) was constituted as an independent body to improve the systematic issues visible within PSBs. Do you think that a healthy tension is needed between the RBI, Finance Ministry and BBB for better governance?
Vinod Rai: I feel it is important. See, BBB constitutes of seven members and I am the Chairman of the body. Other members of the BBB include three non-officials, Deputy Governor of RBI, Secretary of Department of financial services and Secretary of the department of public enterprises. In BBB, we seven members sit together to discuss any issue. We at BBB, which came into existence after seven decades, is trying to change the governing structure and professionalise them. No one can expect that everything can be changed in a period of a year or two.
For me, the constitution of BBB is a progressive decision of the government. You can also term it as a revolutionary decision.

Constitution of BBB was recommended by the Dr PJ Nayak Committee. The Nayak committee in its recommendations asked the government to professionalise the banks. This can be achieved by keeping the Public Sector Banks at an arms distance from the government and by putting professional directors on them to run them. This thing cannot happen overnight.

You were talking about the compendium. The recommendations mentioned in the compendium will be achieved slowly and step-by-step.
You also said about the conditions of the banks that are not in good shape. The recapitalisation of the banks by investing about Rs 2 lakh crore is the first step to bring them back into shape. Under the process, their balance sheet will be cleaned and later the reforms will be implemented.

Q: Don't you think that the speed of cleaning the banking system should have been faster with such a large political mandate?
Vinod Rai: The very step to solving the problem of NPAs is to recover maximum from the loan account and it can't be done overnight. This may take a time period of three to six months. Later, the accounts are turned into NPAs. In the recent past, the RBI came out with new instructions under which the NPAs will be taken under NCLT, which means the process will be elongated.

Q: Dr Amitendu, everyone is asking for banks to be privatised all at once. But we are witnessing the same story in private banks. Is Privatization the answer?
Amitendu Palit: See, economic reforms and economic policy are two different things. I term economic reforms as an economic sacrament. Correct the things if they are not going good and several steps at the local level, state level and at the centre level have to be taken. Ease of doing business is an outcome of those steps.

Whereas, economic policy is something different and it has its own goals/objectives like poverty eradication, to promote literacy, to take care of nutrition as well as the environment. You want to ask, is privatisation an answer to all questions/problems? I feel, there should be a healthy discussion on these major issues. You will have to take a very careful look on all this.

I am just not talking about Banks, as NPAs do exist in other places like schools and hospitals, that are not performing. Yes, privatisation can just increase options as it is visible in different sectors like civil aviation, insurance, financial products and telecom among others. If you ask whether is privatisation a right step than I don't have an answer to your question.

Q: I have a philosophical question and it is related to institutions of India. There is an ongoing crisis in institutions like the Supreme Court, RBI, Parliament, Finance Ministry, BBB and election commission among others. Questions are being raised on each of these institutions. How are you looking at this crisis?
Vinod Rai: There is no reason for disappointment as these institutions are churning themselves to suit the new environment of the nation. I feel this churning is a healthy sign.

Q: As CAG, you raised several questions and presented a record of losses that were being incurred by the government. Do you think taking the things to a conclusion is required or just raising them was enough?
Vinod Rai: Conclusions are visible. It should not be spoken but is available in the public domain. In case of Bihar or Jharkhand questions were raised against the chief minister in the court, where a solution was provided. Prisoning a political figure is a big thing.

Things are changing and it is a positive sign. It is sending a clear-cut message that whosoever are you, legal actions will be taken against your wrong acts.