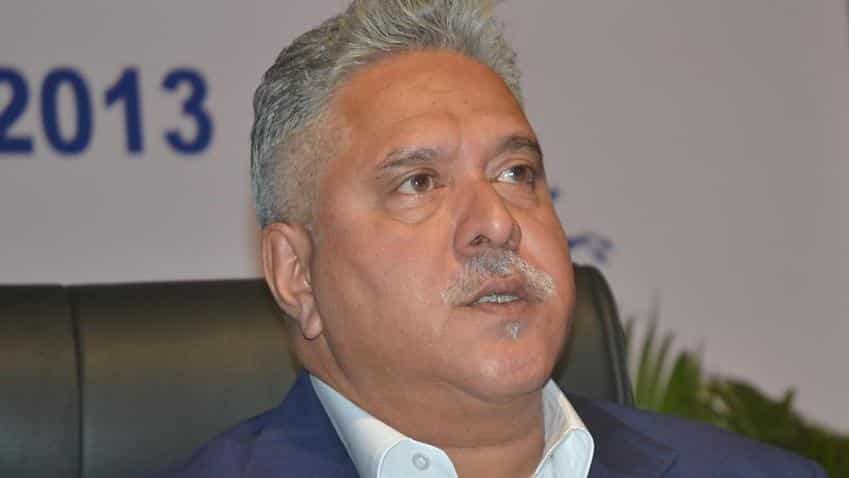 He has been on the wilful defaulter’s list since 2015 and was being probed by the Central Bureau of Investigation (CBI) for defaulted on loan repayments worth over Rs 9000 crores. Image Source: IANS
Written By: ZeeBiz WebTeam
RELATED NEWS

Beleaguered businessman and once hailed as ‘King of Good Times,’ Vijay Mallya was arrested by Scotland Yard in London, multiple media reported on Tuesday adding that he is likely to be presented before a UK court.

He has been on the "wilful defaulter’s list" since 2015 and was being probed by the Central Bureau of Investigation (CBI) for loan default repayments worth over Rs 9000 crore.

Talks between the Prime Minister of India, Narendra Modi and UK, Theresa May were held in November last year to extradite nearly 60 people, including liquor baron Vijay Mallya.

State Bank of India on several occasions tried to auction off Mallya’s properties including his private jet, property in Vile Parle and Goa and cars among others.

On February 8, the board of United Breweries asked Mallya to step down as its non-executive chairman following a SEBI order which barred the embattled businessman from holding directorship in any listed company.

In January 2017, SEBI had banned Mallya and six former officials of United Spirits Ltd (USL) from securities markets in a case related to illegal fund diversions, while probe is on into the role of auditors and change of control at the company.