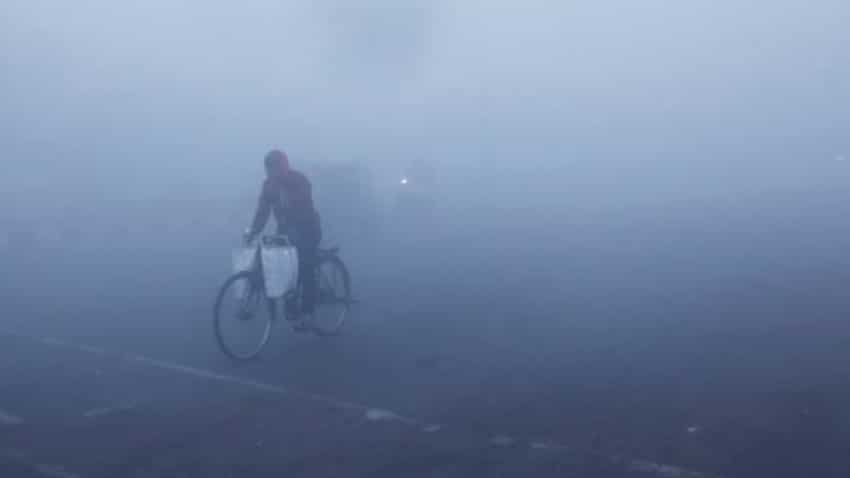 This is the third time this season, after December 8 and January 1, that visibility has dropped to zero meters in the city. Source: Reuters
Reported By: PTI
RELATED NEWS

'Very dense' fog lowered visibility to zero meters at Palam and Safdarjung. 'Dense' fog is predicted in parts of the city on Sunday as well, an IMD official said.

There was no improvement in the city's air quality which remained in the 'severe' category on Saturday.

The air quality index (AQI) had entered the 'severe' category on Thursday due to "extremely unfavourable" conditions for the dispersion of pollutants, government agencies said.

Kuldeep Srivastava, the head of the IMD's regional forecasting centre, said the wind speed has slowed down and the moisture in the air has made the pollutants heavier.

This will lead to further deterioration of the air quality, the agency said.

"Around 80 flights from Delhi airport to several destinations were delayed due to majorly dense fog and other technical reasons. Over 50 arrival flights to Delhi were reported delay due to dense fog as of now." ANI reported the official saying this .