Low demand and supply of onions, tomatoes, bananas and raisins to the top exporting markets was the major contributing factor 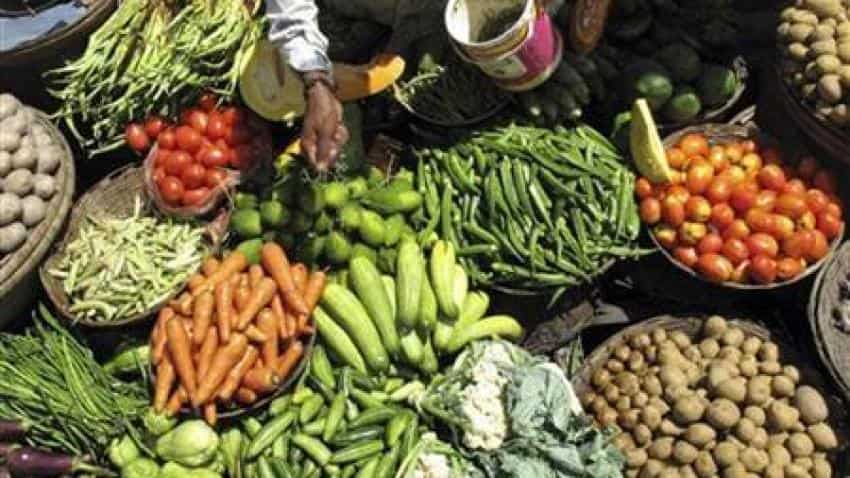 During the period, the value of fresh fruits and vegetables was Rs 5,416 crore. Image source: Reuters
Written By: IANS

Exports of fresh fruits and vegetables have slumped by 15 per cent in terms of revenue during April-November 2017, apart from a substantial dip in the export of pulses and wheat.

During the period, the value of fresh fruits and vegetables was Rs 5,416 crore (more than $845 million), a drop of 15 per cent when compared to the corresponding period in 2016.

The increase in the Minimum Export Price (MEP) of onions to $850 per tonne in the wake of low production has led to the decline in the export, APEDA Chairman D.K. Singh told IANS.

"The share of onions is about 50 per cent of total exports of fresh vegetables. The MEP of onion has led to the fall in its export," Singh told IANS.

The central government had notified the higher MEP of onions last November to ensure their domestic availability and to discourage cheap exports.

The UAE accounted for 18.3 per cent of the vegetables exports from India and 27.5 per cent of fruits during April-November 2017.

Bangladesh stood second with 12.2 per cent share while Malaysia came third with 11.8 per cent.

The UAE, Bangladesh, Nepal and the US are among the top export countries for India. The UAE has been identified as a major market for Indian fruits and vegetables, followed by Nepal, Bangladesh and Malaysia.

"This year, demand for our vegetables and fruits from Nepal and Bangladesh has gone down. It is also a major reason (for the dip)," Singh said.

Interestingly, exports of processed vegetables and fruits have shown a slight increase in the April-November period of 2017.