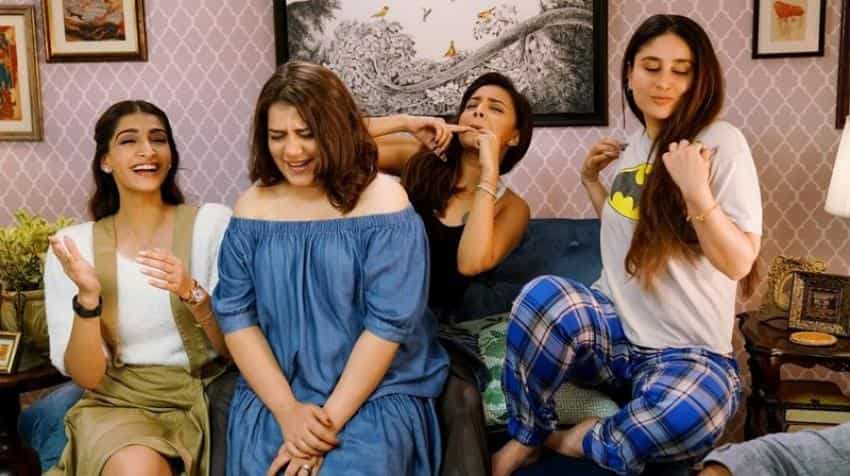 Veere Di Wedding box office collection: The troika of Sonam Kapoor Ahuja, Kareena Kapoor Khan, Swara Bhasker in Shikha Talsania’s Veere Di Wedding has put in quite a performance, and viewers are impressed not just with the spectacular essaying of their roles, but also by their on-screen chemistry. The movie has remained rock steady and has earned an impressive amount over the first week at the domestic box office. With Rs 56.96 crore in its kitty after 7 days, Veere Di Wedding has pipped the first week collections of Alia Bhatt’s Raazi (Rs 56.59 crore) and Kartik Aryan’s Sonu Ke Titu Ki Sweety (Rs 45.94 crore) to earn the distinction of becoming the fifth highest first week grosser till now in year 2018, said Bollywoodlife.

Having a fantastic run at the box office, Veere Di Wedding is able to achieve the feat despite being an all women film released in limited screens with an A rating.

It is interesting to note that Veere Di Wedding has stood strong, despite the historic release of Rajinikanth starrer Kaala and Chris Pratt’s Jurassic World: Fallen Kingdom. Looking at the current trends, the all women film is expected to continue raking in the moolah and is most likely to collect Rs 75 – 100 crore in the ongoing run.