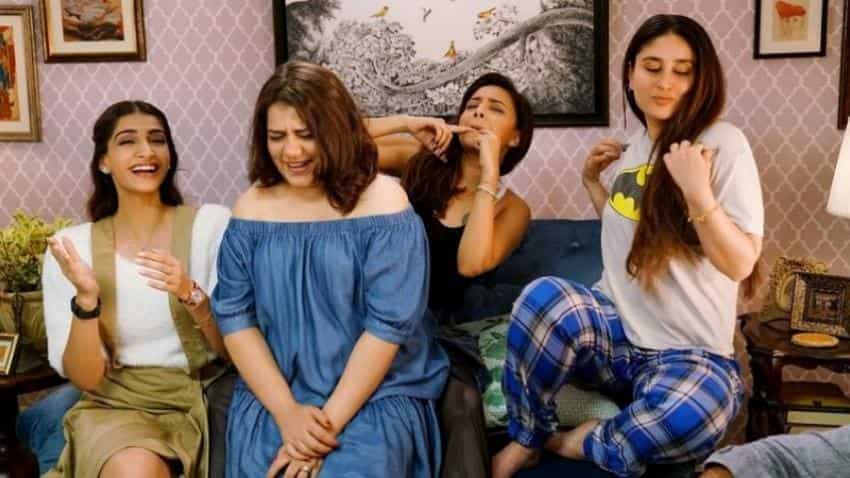 Veere Di Wedding box office collection: This Shashanka Ghosh directed, Sonam Kapoor, Kareena Kapoor Khan, Swara Bhaskar and Sikha Talsania starer that released on June 2 is doing very well at the Box office and people are loving it, especially the multiplex audiences. With a promise to entertain the audience with the female buddy story the film took off smartly.

The film has earned Rs 98.88 cr by Thursday (14th June) in the India market. The worldwide box office collection of the film is Rs 126.54 cr. It was directed at the urban audience and they are just lapping it, leading to talk that a sequel will also be made in the near future.

The film opened with mixed reviews from the critics but has managed to impress the audience. Reports are there that audiences are divided into two parts. One part loved the all-female casting and the other part has reservations over certain portions of the film.

This film has been the talk of the town for many reasons. Firstly, 'Veere...' is significant as it's seen as Kareena's comeback vehicle after her pregnancy break. Also, this is Sonam's first outing after marrying longtime boyfriend Anand Ahuja.