Vedanta delisting: The group's failed attempt at delisting an India-listed entity has triggered a debate on rules concerning efforts by a foreign promoter to take an India-listed company private, with some officials questioning the 'FDI' tag used for such a move and the limited disclosures made through the official stock exchange route 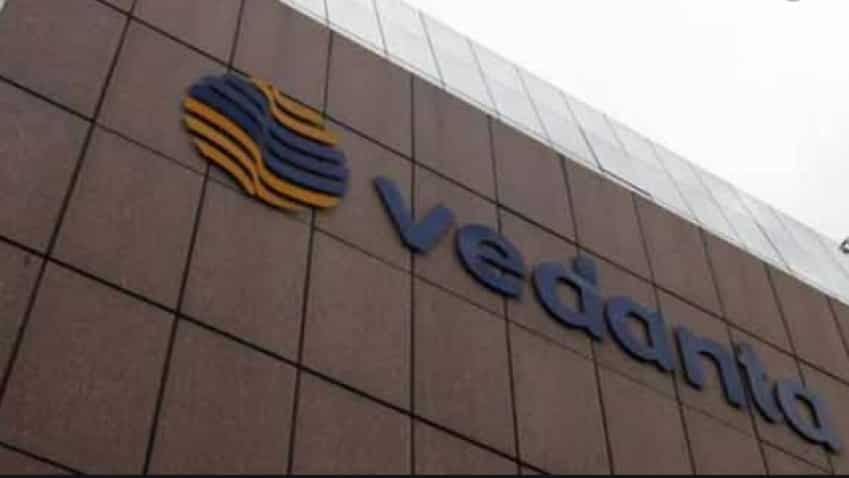 Stock of the day: Anil Singhvi picks Hindustan Zinc; here is the reason why

Vedanta open offer: Should you tender your shares or not? Anil Singhvi gives clear 'verdict' on this

Vedanta delisting: The group's failed attempt at delisting an India-listed entity has triggered a debate on rules concerning efforts by a foreign promoter to take an India-listed company private, with some officials questioning the 'FDI' tag used for such a move and the limited disclosures made through the official stock exchange route.

Some experts, however, pointed out that the RBI defines it as an FDI (foreign direct investment) if an investment is made by anyone residing outside India through capital instruments into a listed Indian company for a stake of 10 per cent or more.

Officials also said the delisting price offered by the group, as indicated by the overall "FDI" amount of USD 3.15 billion, amounted to about Rs 140 per share, which was less than half the price of as high as Rs 320 per share desired by institutional investors including state-run LIC (Life Insurance Corp of India) going by their bids.

While agreeing that it was up to the minority shareholders to accept or reject a delisting offer, experts also flagged that regulations allow an offeror or the promoter of the listed company to make a counter offer to the discovered price even if the delisting process reaches the necessary 90 per cent threshold to make it successful.

However, the Sebi regulations give the shareholders the final right to reject the counter offer.

In the present case, the delisting process needed nearly 134 crore shares to be offered for the delisting to be successful, whereas only about 125 crore shares were offered and a good portion of that was offered at a price higher than what the promoters were willing to accept.

Asked for their comments, a Vedanta group spokesperson said, "Vedanta Resources Limited would like to clarify that FDI referred in its press release referred to purchase of shares in an Indian company by VRL, which is a foreign investor. VRL believes that such a secondary purchase of securities is governed by relevant regulations for foreign direct investment in India."

The group further said, "Delisting process and price discovery process in India is very transparent and investors are free to bid at any price they deem fit. The acquirer has an option to accept the discovered price or make a counter offer at an alternate price, in case the relevant threshold of 90 per cent stake is reached."

Officials, however, said the group's failed attempt at delisting Vedanta Ltd has come under the scanner of stock exchanges, regulatory authorities and the government after their public statements claimed that the delisting "would have resulted in FDI (Foreign Direct Investment) inflow of over USD 3.15 billion into the Indian economy and helped boost growth between 0.4 per cent and 0.8 per cent through the multiplier impact of such large infusion of funds."

They said the statements would be "examined" to ascertain whether they amount to being "misleading claims" for shareholders of Vedanta Ltd, the listed entity, in the wake of the much-publicised figure of USD 3.15 billion.

Officials also pointed out that the success or failure of the delisting process is always dependent on the stance of the public shareholders in accepting or rejecting the price offered by the promoter and in this particular case the price offered was less than half of what was being expected by the non-promoter investors.

It is for stock exchanges and regulators to decide whether the claims made by the group amounted to "misleading claims" as per the listing disclosure norms applicable to any listed entity, the officials said, but asserted that the FDI nomenclature had a certain nuanced meaning and typically this term is not used for a payment being made from a promoter, even if a foreign one, to a minority shareholder in India.

None of the officials agreed to be quoted for their comments.

In its press release, the group had said on Tuesday that the bid to delist Vedanta Resources' Indian subsidiary Vedanta Ltd has not been successful, but the group wanted to reiterate its unflinching commitment to India, particularly in the natural resources sector.

"We are confident that Vedanta Ltd will continue to grow from strength to strength as a listed entity on the Indian stock exchanges," it had said.

However, in its regulatory filing with the exchanges, the company only mentioned that the total number of shares tendered by public shareholders was about 125 crore, which was less than the minimum number of shares required to make the delisting successful and therefore the acquirer would not acquire any shares tendered by the public shareholders.

Shares of Vedanta Ltd had plummeted by more than 20 per cent on Monday after the company's delisting went from almost-a-success to failure on account of a large number of unconfirmed orders. On Wednesday, the stock dropped 1.25 per cent to close at Rs 98.4 apiece at the BSE.

In the meantime, brokerage ICICI Securities also issued a clarification saying that its institutional research team had inadvertently mentioned in a research report that "Vedanta has highlighted that Sebi approved book value of Rs 89.3/share".

The clarification, which came following an intervention by Sebi, said that the regulator as "a matter of policy, neither approves nor disapproves any book value or delisting price".

Officials said the assumption that Vedanta's delisting would have been successful at a price of Rs 140 was "completely misplaced".

They said that various brokerage research reports had given a fair price range of Rs 120- 170, but two major proxy advisors had given a much higher range of prices exceeding Rs 300 per share.

They also flagged that a delisting process entails existing promoters buying out shares from minority shareholders and the promoters have to arrange funds from their own sources for doing this.

"It is essentially buying of shares by the promoters. There is no investment coming in the company as such and therefore any reference to the shareholders or the country as a whole losing out on FDI is completely bizarre and inexplicable," a senior official said.

The officials also said Sebi's mandate is to ensure that the rules governing securities market transactions are followed properly and the interest of investors is protected.

As per the Delisting Regulations, the delisting offer was kept open for five days, but Sebi gave an extension by 3.5 hours on the last day considering some difficulties faced in the display window of a leading stock exchange for less than 2 hours and there was no case for keeping the offer open beyond that, officials added.

Stock of the day: Anil Singhvi picks Hindustan Zinc; here is the reason why

Vedanta open offer: Should you tender your shares or not? Anil Singhvi gives clear 'verdict' on this