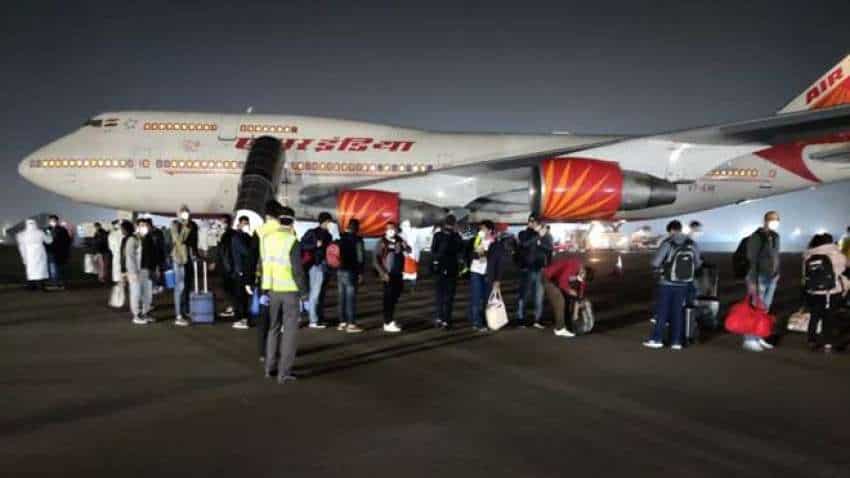 After the completion of immigration and other formalities, the passengers were transported to their designated locations in the city for a mandatory 14-day quarantine period as per the rules framed by the Ministry of Home Affairs.

The flights are part of the Vande Bharat Mission, the biggest-ever evacuation of Indian citizens stranded in various countries due to the Covid-19 lockdown.

Telangana government, in coordination with the Ministry of External Affairs, various central agencies and the airport authorities, has made special arrangements to handle the arrivals as per the standard operating procedure (SOP) issued by the Ministry of Home Affairs, sources said.

All passengers and aircraft crew were brought out from the aircraft in a batch of 20-25. Each passenger was screened by the thermal cameras positioned at the aerobridge exit by the airport health officials prior to the immigration formalities.

After the health screening of passengers, the Central Industrial Security Force (CISF) personnel in their protective gear escorted the group of passengers for immigration clearance.

Sources said that every baggage was thoroughly sanitised by the disinfection tunnel integrated to the baggage belt.

Glass shields were provided at each manned immigration counter to avoid any personal contact between the passengers and the immigration officials. Each counter had specified social distancing norms in place.

The passengers were also provided seating arrangements along with complimentary boxes of food.

After the immigration clearance, the passengers in batches were escorted to a hall where the Telangana government officials briefed them about the mandatory 14-day institutional quarantine they have to undergo at their own cost.

The officials in coordination with various hotels in the city have prepared different packages for a 14-day stay to suit the budgets of the travellers. They were asked to choose their package and transport arrangements were made accordingly.

Officials said that those who can`t afford the stay in hotels will be accommodated in government-run quarantine facilities.

Telangana State Road Transport Corporation (TSRTC) has arranged buses to transport the travellers to the hotels or quarantine centres.

A total of seven evacuation flights are scheduled to land at the Hyderabad Airport. A Telangana government official said that 2,350 stranded Indians from six countries will be reaching Hyderabad.

Under the Vande Bharat Mission, which began on May 7, the government of India is operating 64 flights till May 13 to bring home nearly 14,800 Indian nationals stranded abroad.