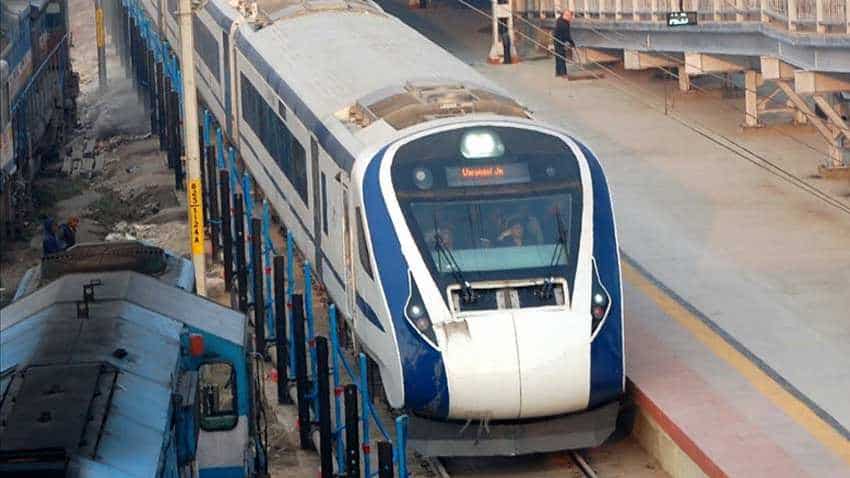 Vande Bharat Express Executive Chair car tickets have been sold out even as the price appears costlier than flight tickets offered by domestic carriers - if someone books tickets several weeks in advance.

India's fastest train, Vande Bharat Express aka Train 18, is set for its first commercial run on 17th February (Sunday) from New Delhi to Varanasi. Till this article was published today (Friday), all executive class and AC chair car tickets of the Vande Bharat Express (22436) for its inaugural ride were completely sold out. That too, when the Executive chair car ticket costs Rs 3300 and AC Chair Car tickets are priced at Rs 1755 each. For the 19th February ride between New Delhi and Varanasi, only around 50 seats were available in the Executive Chair Car. In the same class, only 51 seats were available for 20th February, 13 for 22nd February and no tickets were available for 23rd February on the IRCTC ticket booking website (www.irctc.co.in)

The fast sale of the costly executive class tickets augurs well for the Indian Railways' plan for introducing high-speed Bullet Train on the tracks in near future. The Bullet Train project has faced criticism for its expected high-cost tickets.

Interestingly, Vande Bharat Express Executive Chair car tickets have been sold out even as the price appears costlier than flight tickets offered by domestic carriers - if someone books tickets several weeks in advance. Sample this:

The Air India flight tickets for Varanasi from Delhi on March 24, 2019, was selling today at Rs 2471. The flight will take just 1.20 hours to reach Varanasi. Spice Jet ticket for the same day was available at Rs 3090 for a 1.40-hour journey.

Air India, Vistara, Spice Jet tickets for March 26 was available at the cost below Rs 3000, while IndiGo ticket was available for just Rs 3117.

Train 18 gives Delhi-Varanasi passengers another option. But should they ride or fly?

Flight tickets available at the ticket-selling websites come with many hidden costs, including more for luggage above 15 kg. Train 18 doesn't put this limitation on passengers. In Indian railways trains, a passenger can travel with luggage up to 40 kg. Moreover, the food price is included in the ticket. These may tempt travellers to take a ride, instead of going by flight.

Train 18 will complete its journey in about 8 hours. It will run between Delhi and Varanasi 5 days a week.