Railways on Saturday said the indigenously built train has been "thoroughly checked" and is "ready" for its first commercial run, scheduled on Sunday. 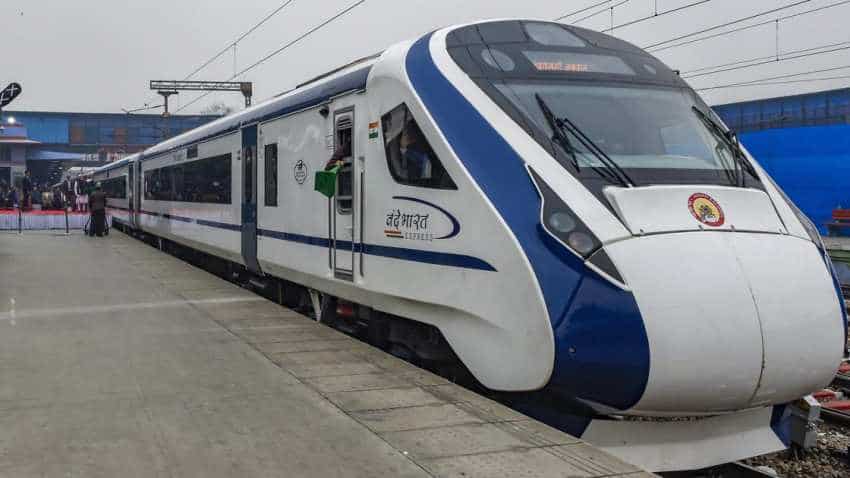 Allaying apprehensions about unusual stop for over three hours of the Vande Bharat Express, a day after its launch by Prime Minister Narendra Modi, the Railways on Saturday said the indigenously built train has been "thoroughly checked" and is "ready" for its first commercial run, scheduled on Sunday.

Railway Ministry spokesperson Smita Vats Sharma in a statement said, "India`s first semi-high speed train Vande Bharat Express successfully completed its inaugural run from Delhi to Varanasi on February 15 and is scheduled to start commercial run on Sunday from New Delhi." Train 18, as it was formerly called, broke down about 194 km away from Delhi and 18 km away from Tundla railway station in Uttar Pradesh.

On the reports of breakdown, the spokesperson said, "During the transportation back from Varanasi, it was stopped at Chamraula station as there was an issue of communication between the last basic unit of four coaches and the rest of the train, probably due to some external hit."

"Thereafter, safety features in the train applied the brakes. The train was checked for faults and moved to Delhi," she said. Her remarks came after the train on its return journey came to a halt at Chamraula, just before dawn, after its wheels reportedly started skidding after it ran over some livestock.

The train came to a halt at around 5.30 a.m. near Chamraula station. After checking, the train started its onward journey but slowly and haltingly before it came to a stop. After 8.30 a.m, it left for Delhi.

Sharma said the train has been examined at the New Delhi maintenance depot to rectify the defect in communication that occurred enroute. "All other systems of the train have also been thoroughly examined. The train will be able to run as per schedule on Sunday," she said.