US Fed meet keeps domestic indices under pressure this week Indian equity markets remained under pressure for the second straight week. On a weekly basis, the benchmark BSE Sensex slipped nearly 295 points, or 1.04% while the NSE Nifty plunged 94.3 points, or 1.08%. 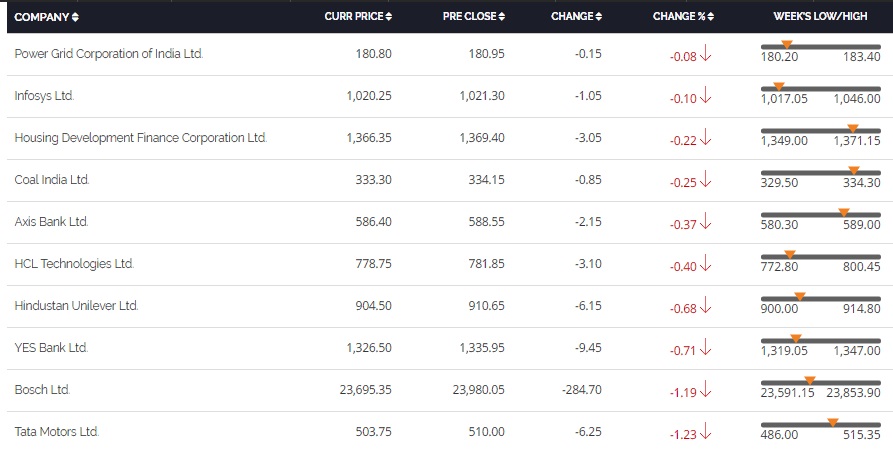 On Monday the markets opened largely flat, going in and out of the red zone, after investors discounted the announcement of the new Reserve Bank of India governor. On Saturday, last week, much like Raghuram Rajan's announcement of not seeking a second term at the RBI, the Finance Ministry announced the appointment of Dr Urjit Patel, deputy governor, RBI, as the new chief of the apex bank once the incumbent steps down on September 4.

The domestic indices remained flat on Tuesday too. Private sector lender RBL Bank closed its three-day IPO issue by being over-subscribed 70 times. The bank saw applications worth Rs 84,000 crore as against the expectation of Rs 1200 crore in the IPO.

Jimeet Modi, CEO of SAMCO Securities, said, "this oversubscription shows huge liquidity in the system which is keeping markets buoyant.

The indices inched up on Thursday as the monthly derivatives' contracts expired. This was the first time in the week that the Sensex opened above 28,000-mark and Nifty, above the 8600-mark.

RBI announced slew of measures for the development of the fixed income and currency markets. Rajan, as a parting gift to the banks, permitted them to issue rupee-dominated masala bonds overseas under the Liquidity Adjustment Facility (LAF).

Commenting RBI's moves, SAMCO Securities' Modi said, "These will give an impetus to companies to borrow funds from the bond market albeit at a lower rates compared to banks, this reform has created an alternate route to raise debt for the companies vis-à-vis Banks earlier. This will have far reaching consequences on the NIMs of the banks both private and PSUs".

On Friday, in a meeting at Jackson Hole, Wyoming, Yellen said that a hike in the US interest rates may come later this year. The Fed has policy meetings scheduled in September, November and December.

"Market is awaiting comments from US Fed Chairman this week end for likely course of action at its September 21st scheduled meeting. Till such time market will bounce up and down speculating the interest rate expectations", Modi had said.

Welspun India and Tata Motors were in focus this week.

Welspun India got caught in a maelstrom after US retailing giant Target Corporation, also one of Welspun's largest clients, accused the Indian manufacturer using cheap quality cotton instead of Egyptian cotton to make its 500-thread bedsheets, for nearly two years.

The company's shares lost nearly 60% of their value in a week since the news, and closed the week at a 16-month low. On the day of the news, Welspun India's shares were trading at Rs 102 apiece. It's market value fell by nearly Rs 5,000 crore from Rs 10,335 crore on August 21.

In the coming week, Vijay Singhania, Founder-Director, Trade Smart Online, said, "Indian markets are expected to see an positive opening as the chances of Fed Rate hike in September 2016 off the table. Lack of surprises in Yellen's remarks is completely in line with most expectations and the key takeaway that is 'nothing's changed'."