The report said the government failed to muster political support on the land acquisition bill in Parliament. 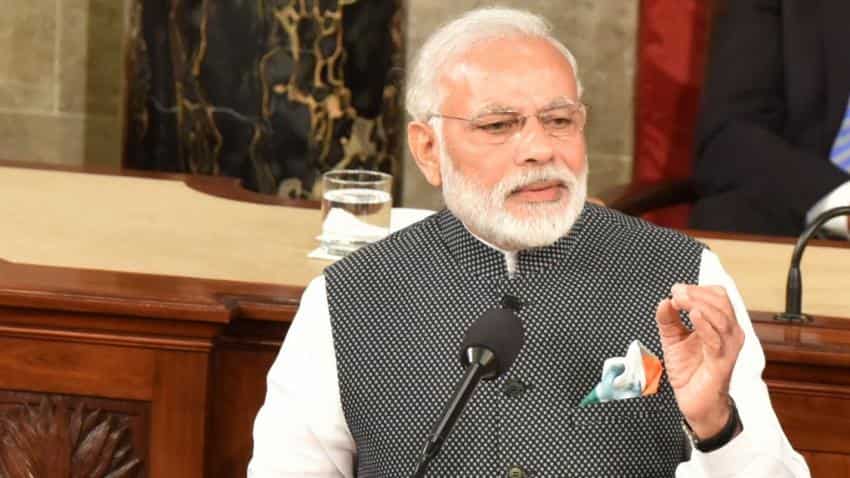 The comprehensive report took note of a range of initiatives that have been taken by the Narendra Modi government since May 2014. Photo: IANS
Written By: IANS
RELATED NEWS

Doubting India`s claim of a 7.5% growth, the economic diplomacy arm of the US State Department has said that the Indian government must pursue reforms to match the rhetoric even as key bills struggle to get pass parliament.

"Ostensibly, India is one of the fastest growing countries in the world but this depressed investor sentiment suggests the approximately 7.5% growth rate may be overstated," said the Bureau of Economic and Business Affairs in its latest report.

The comprehensive report took note of a range of initiatives that have been taken by the Narendra Modi government since May 2014, notably in opening up the economy to enhanced foreign direct investment, the "Make in India" initiative and removal of bureaucratic hurdles.

"However, the government has been slow to propose other economic reforms that would match its rhetoric, and many of the reforms it did propose have struggled to pass through Parliament," it added in the India-related section of the report "Investment Climate Statements for 2016".

Giving examples, the report said the government failed to muster political support on the land acquisition bill in Parliament, all but ending its chance of passage in the near term, and still awaits the opposition`s nod in passing the Goods and Services Tax bill.

It also had a piece of advise for those dealing with India.

"India`s political system is highly decentralized. Investors must be prepared to face varied political and economic conditions across India`s states and union territories, including differences in the quality of governance, regulation, taxation, labour relations and education levels."