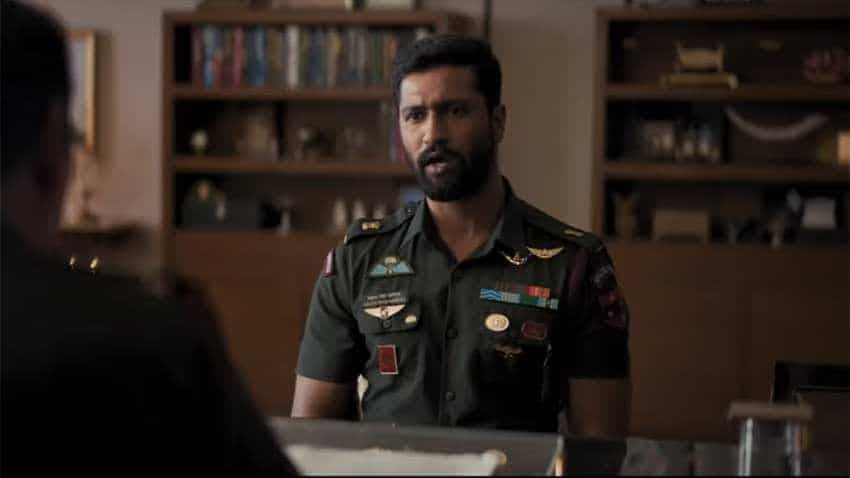 Uri The Surgical Strike Box Office Collection Week 4: With the collection of Rs 2.40 cr, and Rs 2.19 cr on Wednesday and Thursday, respectively, it has so far earned Rs Rs 200.07 crore.

Uri The Surgical Strike Box Office Collection Week 4: Even after almost a month successful run at the box office, Vicky Kaushal-starrer Uri: The Surgical Strike is showing no sign of slowing down. With the collection of  Rs 2.40 cr, and Rs 2.19 cr on Wednesday and Thursday, respectively, it has so far earned Rs Rs 200.07 crore. It emerges as the highest grossing film in Week 4 with Rs 29.02 crore, which is slightly behind the Baahubali 2 Hindi version's Week 4 collection of Rs 29.40 crore.

This is, however, higher than the box office collections of Dangal, Sanju, PK, TZH,  Bajrangi Bhaijaan, Padmaavat, and Sultan in week 4. According to film analyst Taran Adarsh, the Aditya Dhar-directed movie is going to breach 225-cr mark in India business soon.

Ranveer Singh-starrer Simmba, another film which entered the Rs 200-cr club with a bang, earned only Rs 6 19 cr. Box office collections of the film had slowed down after the third week. It has so far earned Rs 240.22 cr in box office collection.