Uri: The Surgical Strike is based on the 2016 Surgical Strikes conducted by the Indian Army against the Pakistani terror launchpads across the Line of Control in Kashmir. 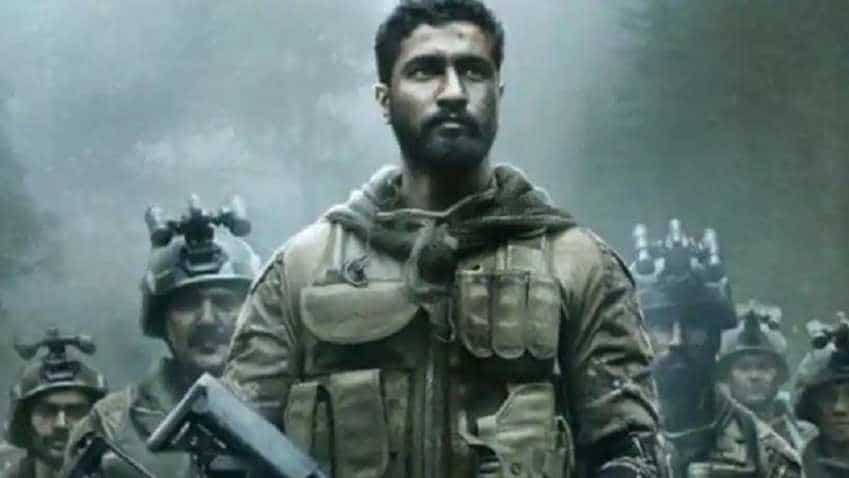 Uri: The surgical strike was released on January 11th 2019. The movie is currently running in its 8th week and is still adding money to its collection. Teaser grab
Written By: ZeeBiz WebTeam
RELATED NEWS

The strikes were carried out in retaliation to a terrorist attack on an Army camp Uri, earlier that month. The film, written and directed by Aditya Dhar, also features Paresh Rawal, Kirti Kulhari, Mohit Raina and Rajit Kapur in important roles besides Vicky Kaushal and Yami Gautam in lead.

According to film trade analyst Taran Adarsh, Uri is trending during weekdays and he expects the film to cross the Rs 250-crore mark in coming weeks. Which means that it is all set to surpass the lifetime collection of Rohit Shetty’s blockbuster Simmba. The Ranveer Singh-starrer had earned a total of Rs 240.31 crore.

The rich content of Uri, the stunning performance of the actors contributed to the success of the movie at the box office and has won the country's heart.

Vicky had earlier played roles in films like Raazi, Saare Jahaan Se Achcha, among others, but Uri is the first film in which he is playing the lead role.

Uri: The surgical strike was released on January 11th 2019. The movie is currently running in its 8th week and is still adding money to its collection.