Uri box office collection: The Vicky Kaushal-starrer is still registering good numbers at the box office even after four weeks of successful run. 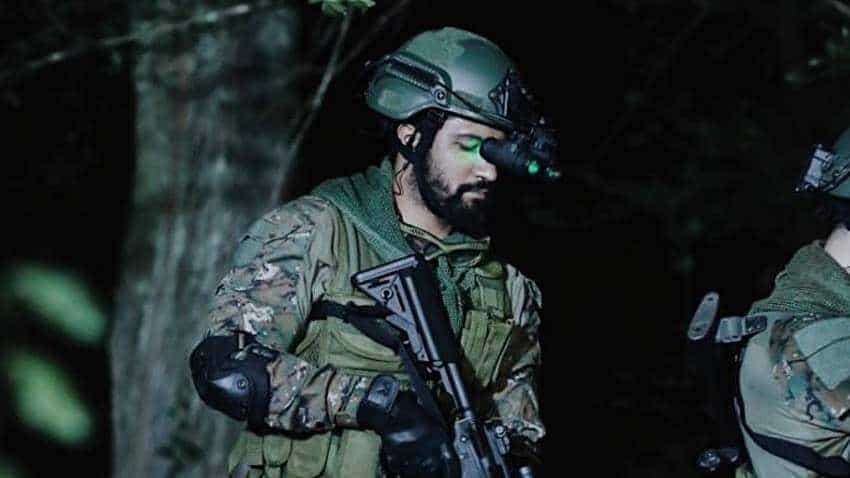 Uri box office collection: It continues to pose tough competition to all the films that were released recently. Image source: Twitter

Uri box office collection: The Vicky Kaushal-starrer is still registering good numbers at the box office even after four weeks of successful run. The film is based on the real incident of surgical strikes carried  out by the Indian Army in a cross-border operation inside the Pakistan-occupied Kashmir. It continues to pose tough competition to all the films that were released recently. Another film which released recently is Thackeray, based on a biopic of Balasaheb Thackeray,. It has failed to pull many audiences to the theatres.

Uri movie remains the first choice of moviegoers. The fim has so far earned Rs 180.82 crore at the box office and it is expected to earn further, soon touching the Rs 200-crore mark. It seems that the nationalistic movie has gone down well with the audience.
On Friday and Saturday, the movie earned Rs 3.40 crore and Rs 6.35 crore, respectively.

The film has so far earned more than $5 million from the international market, according to data available. It may go up if the figures of Friday and Saturday are included, which are not available. The movie in USA and Canada together earned over $ 2.810 mn, while in the UAE and GCC market together managed to earn $ 1.128 mn. From the trend, it can be said that the film may break many more milestones in the coming week.