UP bypoll result 2020: More than just another election - will indicate which way wind will blow in next poll 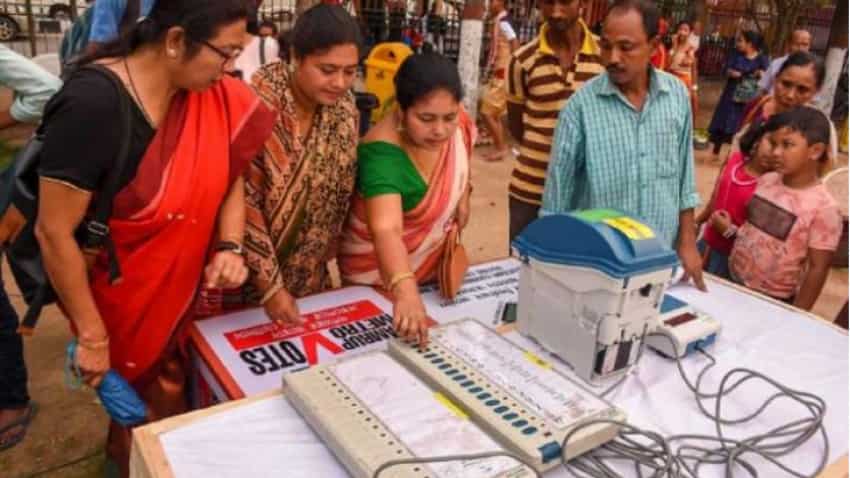 The BJP has 309 members in a House of 403 and the results will not make any difference to the state government. Source: PTI
Written By: IANS
Edited By: ZeeBiz WebTeam
RELATED NEWS

UP bypoll result 2020: The bypolls on seven Assembly seats in Uttar Pradesh will not impact the complexion of the Yogi Adityanath government which already is way ahead of the majority mark.

The BJP has 309 members in a House of 403 and the results will not make any difference to the state government.

The BJP will safely continue to dominate over the opposition till the end of its term.

However, the results of the seven by-elections will definitely be seen as a referendum on Chief Minister Yogi Adityanath`s leadership.

The results will also indicate which way the wind will blow in the next Assembly elections in 2022.

For the Samajwadi Party and its Chief Akhilesh Yadav, it is a challenge to re-establish his and the party`s image as the strongest rival to the BJP.

For the Samajwadi Party, the by-elections could prove to be a major morale booster if the party wins beyond the one seat that it held (Jaunpur).

Akhilesh Yadav has been working hard to strengthen his party`s organizational base and is confident of reclaiming power in the next Assembly elections. Till then, the party continues to dominate the opposition space.

The Congress, meanwhile, is at its lowest ebb. The party is rapidly losing its leaders to other parties. Infighting within the state unit of the party is increasing by the day and the leadership has miserably failed to position itself as the main challenger to ruling BJP.

For the Bahujan Samaj Party which is contesting the by-elections for first time, the results will prove if Mayawati retains her hold on her core Dalit vote bank. The growing political perception of increased understanding between the BSP and the BJP will also be reviewed on the basis of the poll results.