A fund of Rs 700 crore has been allocated for construction of 36 new police stations, expansion of training capacity of police and PAC personnel other than construction of new barracks for them. 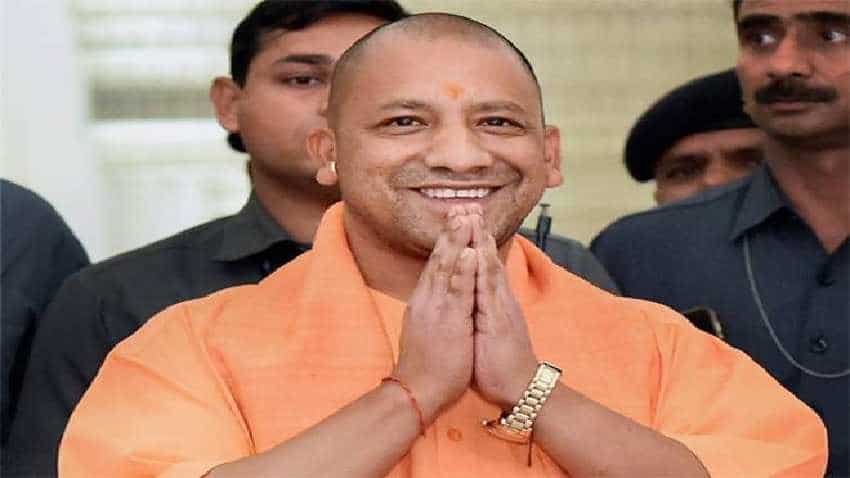 The Yogi Adityanath government proposes to set up of a new dairy in Mathura at a cost of Rs 56 crore. Reuters

The Yogi government in Uttar Pradesh on Thursday presented a Rs 4.79-lakh crore budget with focus on farmers by providing nearly Rs 1,500 crore for agricultural development and Rs 600 crore for maintaining destitute cow shelters in both rural and urban area.Finance Minister Rajesh Agarwal, presenting the Budget 2019-20 in the Assembly, also attempted to strengthen the healthcare and set jobs rolling for the youth.Rs 892 crore has been allocated for the National Agriculture Development Scheme, Rs 450 crore for National Crop Insurance Scheme and Rs 150 crore for pre-storage of fertilisers to ensure that the farmers don't have any problem procuring it, he said.

The state government has also set a target to distribute 60.51 lakh quintal of seeds and 77.26 lakh metric tonnes of fertilisers during the year 2019-20.It plans to strengthen and construct warehouse system in 40 'Mandi' sites in partnership with the State Warehousing Corporation, with each warehouse having a capacity of 5,000 metric tonnes.

This, the Finance Minister, said has been proposed to give an impetus to agriculture marketing.

The state government has also taken a decision to develop 500 markets in the rural areas at a cost of Rs 150 crore. The budget also proposes to buy wheat at a rate of Rs 1,840 per quintal.

The BJP government said a special cess has been created from the state's Excise Department and Rs 165 crore estimated revenue from it will be used to construct and maintain destitute cattle sheds.

Rs 247.60 crore, in addition, has been proposed for maintenance and construction of gaushalas in the rural areas. An arrangement of Rs 200 crore has also been made for Kanha Gaushala and destitute cattle shelters in urban areas.

A provision of Rs 20 crore for establishment and reconstruction of cattle impounding houses.

The Yogi Adityanath government proposes to set up of a new dairy in Mathura at a cost of Rs 56 crore.

The budget also proposes Rs 6,240 crore for the financial year 2019-20 under the Pradhanmantri Avas Yojna (Gramin) and a provision of Rs 3,488 crore for implementation of National Rural Employment Guarantee Scheme.

For promoting sports and creative works among the rural youth, Rs 25 crore will be pumped into the Yuvak Mangal Dal Yojna, the Minister said.

A provision of Rs 3,000 crore for piped drinking water scheme in Bundelkhand, Vindhya region and the villages affected by low quality water has been made while Rs 2,954 crore has been marked for the National Rural Drinking Water Programme.

A provision of Rs 250 crore has been made for its ambitious One District, One Product (ODOP) scheme. To link youth with self-employment, Rs 100 crore is proposed under the Mukhyamantri Yuva Swarojgar Yojna.

Aiming at better and readily available healthcare facilities in the state, the government has made a provision of Rs 1,298 crore for Ayushman Bharat, the national health protection mission scheme.

Rs 291 crore has been allocated for 'Pradhan Mantri Matr Vandana Yojna', Rs 111 crore under the state-funded Mukhya Mantri Jan Arogya Abhiyan to benefit the eligible beneficiaries deprived of Ayushman Bharat scheme, and Rs 47.50 crore for setting up of 100-bed hospitals.

A fund of Rs 700 crore has been allocated for construction of 36 new police stations, expansion of training capacity of police and PAC personnel other than construction of new barracks for them.

In a bid to boost and strengthen the infrastructure in the state, for construction of Expressways, a total budgetary provision of Rs 3,194 crore has been made.

Rs 500 crore has been proposed for land acquisition to develop Defence Corridor along with Bundelkhand Expressway and Rs 100 crore proposed for strengthening of the proposed Agra-Lucknow entry-controlled six-lane expressway (Green Field) project.

The government has also allocated Rs 100 crore for development of cremation grounds in rural areas, and Rs 14 crore for construction of 750 panchayat buildings in Gram Panchayats.