UP Board exams class 10, class 12: A private school manager was arrested here on Thursday for allegedly giving "cheating tips" to students. 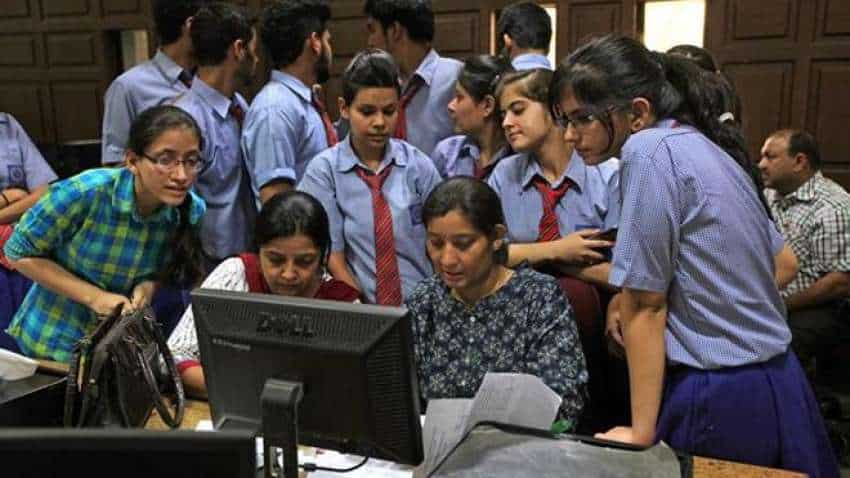 UP Board exams class 10, class 12: In the video, manager purportedly assures students that "none of them will fail" if they follow his instructions. Representation Photo: Reuters
Written By: PTI
RELATED NEWS

UP Board exams class 10, class 12: A private school manager was arrested here on Thursday for allegedly giving "cheating tips" to students appearing in the UP Board examinations and advising them to slide in a Rs 100 note along with answer sheets to get a good score, police said. A two-minute-long video of Praveen Mall, manager of Harivansh Memorial Inter College, went viral on social media in which he is seen giving the "tips" to students to get high marks in the UP Board of Secondary Education examinations.

In the video, he purportedly assures students that "none of them will fail" if they follow his instructions. The video clip was secretly filmed by one of the students and sent to the Chief Minister's Office, officials said.

"All of you should maintain discipline. If a chit is found with you and even if you are slapped, fold your hand and be ready for one more (slap). Don't argue and stand straight as the teacher can damage your future," Mall is heard saying in the video.

"Don't leave out any question. If you write questions and put a Rs 100 note, the teacher will give you marks blindly. Even if you answer a four-mark question wrongly, they will give you three marks. No one sees (while checking copies). None of you will fail," he is heard saying.

The video is said to have been filmed in January during a farewell function in the school, police said.

Mall was arrested and sent to jail on Thursday after being booked under provisions of the Uttar Pradesh Public Examinations (Prevention of Unfair Means) Act, 1998 and the Information Technology Act, they added.