'Universal pay' may soon be a reality in India; find out what it is

Government of India is readying Universal Wage Code Bill which aims to end pay-gap. The minimum income guarantee applies also for those workers, who are earning more than Rs 18,000. 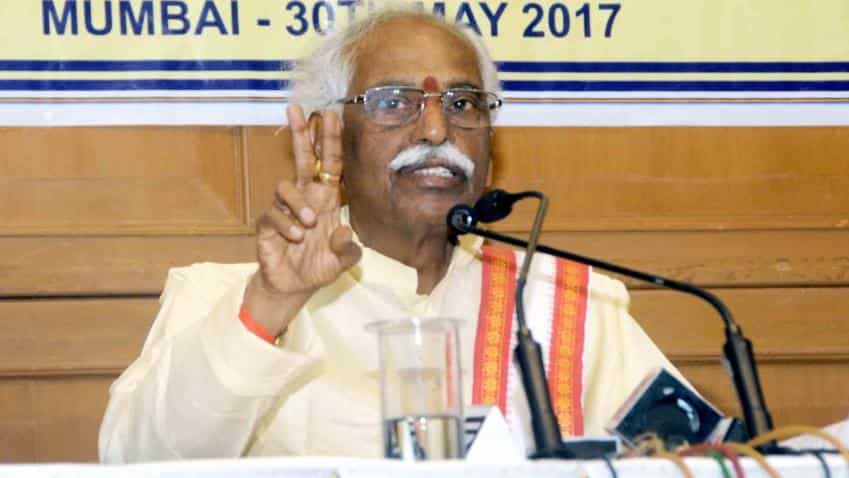 Union Minister of State for Labour and Employment Bandaru Dattatreya addresses a press conference, in Mumbai on May 30, 2017. Photo: IANS
Written By: ZeeBiz WebTeam
RELATED NEWS

Universal Wage Code Bill will soon be a reality as Labour Ministry is expected to place the bill before Union Cabinet this month.

Further, after Cabinet's approval the bill will be introduced in the upcoming monsoon session of Parliament, which is likely to begin from next month.

As per a PTI report, last week, it quoted a source saying, "The ministerial panel on labour issues headed by Finance Minister Arun Jaitley has already approved the Code on Wages. It has already been sent to the law ministry for vetting after which it would be placed before the Cabinet for approval."

What is Universal Wage Code Bill?

Legally, the Wage Code Bill seeks to empower the Centre to set a minimum wage across all sectors in the country and states will have to maintain that. However, states will be able to provide for higher minimum wage in their jurisdiction than fixed by the Centre.

Labour Code on Wages Bill, 2015, states, "A BILL to consolidate and amend the law relating to wages and bonus and the matters connected there with or incidental thereto."

Once the bill is passed, according to its features, minimum wage or remuneration will be provided irrespective of his/her employment status. Which means, the all the workers across all industries, will get a minimum wage even if that person is working or not.

The minimum income guarantee also applies for those workers, who are earning more than Rs 18,000.

Dattatreya on June 6 at 18th 3-day national convention of Bharatiya Mazdoor Sangh (BMS), said, "Modi Government is now not working for minimum wages but in the direction of proper wages for all. For which Universal Wage Code Bill is being drafted and soon it will be introduced in the Parliament. After the bill is passed no state in the country will be allowed to pay wages below the specified limit. However, it will be free to pay more wages.”

According to a report Labour Ministry, 44 different labour laws will be condensed into 4 sections, which are: wages, industrial relations, social security and safety, health and working conditions.

Now, more clarity on the implementation of the Bill will be get only after the next meeting by Labour Ministry.