It may be a new concept in India, but the idea has been implemented in many other countries that includes some of the developed nations like France and the US. 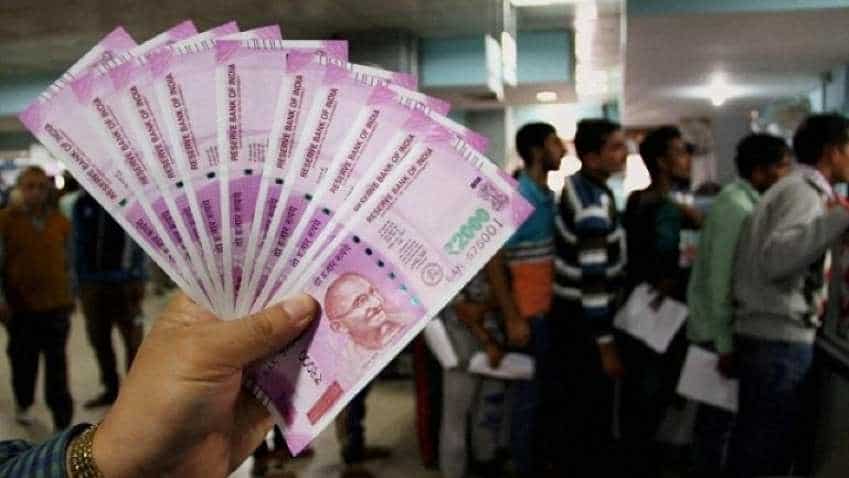 The scheme aims that every person in India will get a certain amount of money and no one will need to starve. Photo source: PTI

The Narendra Modi government is going to present the last budget of the 16th Lok Sabha on February 1. It will be an interim budget. As the day for budget presentation is approaching fast, market is abuzz with talks of some announcement in regard to 'Minimum Income Guarantee' for the very poor. It means, every person in India will get a certain amount of money and no one will need to starve. The idea has been hanging in the power corridors of national capital since the economic survey 2017 was first made public. On files, the idea is named 'Universal Basic Income.' It may be a new concept in India, but the idea has been implemented in many other countries that includes some of the developed nations like France and the US.

1] In France, poor section is guaranteed minimum income through their Universal Basic Income that Prime Minister Modi has been talking about for long. The French government introduced this scheme for poor in 1988 via 'Revenue Minimum Deinstress.' In 2009, it was changed to 'Revenue Da Solidrite' and the scheme was extended to the lower income group ensuring some cash help to the people with an income of 35,000 euro per annum.

2] It's not that all Americans are rich. In the Alaska state of the US, all citizens have been getting minimum guaranteed income by the government since 1982. In the last financial year, the Alaska government disbursed $2,069 per annum to a citizen as minimum income. Unlike social security, Basic Income is distributed to all citizens automaticall.

3] Taking cue from its neighbour, the Canadian government too introduced the scheme as pilot idea in Ontario state in 2017. The pilot scheme covers 4,000 people who need minimum income support. On 31 August 2018, the scheme was stopped for the current fiscal year with a promise that the program would be re-introduced with broader base in next financial year.

4] Philippe van Farijs concept of a basic income scheme has been talked about in Germany since the seventies. Under huge pressure of well-known reformists namely Götz Werner, Katja Kipping, and Susanne Wiest the German government is going to introduce the scheme in 2019. Experts are of the opinion that the unemployment compensation being given by the German government would be merged with the already running UBI scheme.

5] It would be interesting to know that in Ireland, economists are of the opinion that the UBI scheme can help develop more and more entrepreneurs as it would stop people from wasting time on the pointless jobs just to earn their bread and butter. The UBI scheme in Ireland covers physically challenged and senior citizens along with poor.

6] In Finland, the UBI scheme was launched as pilot project in January 2017 with random sampling of 2,000 citizens who were unemployed aged between 25-58 years. Under this scheme they paid 560 euro to all recipients. Earlier, it was allowed for the recipients to continue receive the money even after getting employed but now that provision has been revoked. But, the government is not happy with it and looking for an alternative welfare scheme for this.