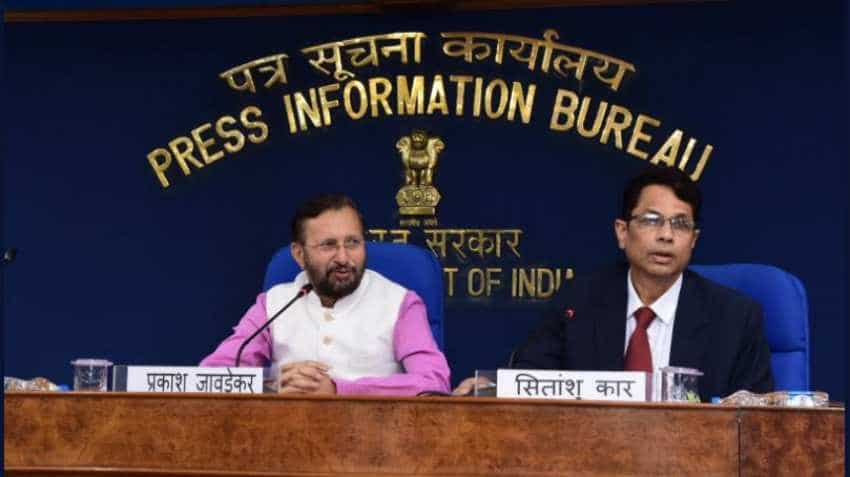 The Union Cabinet, in the meeting presided over by Prime Minister Narendra Modi today, discussed several issues as the Parliament session is looming and took various critical decisions. Union I&B Minister Prakash Javadekar announced that the Cabinet has approved the Jammu Kashmir Reservation Bill, 2019. This will bring relief for persons in Jammu and Kashmir residing in areas adjoining international border. These residents can avail reservation in direct recruitment, promotion and admission in different professional courses.

The Cabinet also approved the Aadhaar and Other Laws (Amendment) Bill, 2019, stating that no individual to be compelled to provide Aadhaar number unless provided by law.

The Cabinet has also approved the Central Educational Institutions (Reservation in Teachers' Cadre) Bill, 2019. This bill will help in filling up 7000 existing vacancies by direct recruitment in Teachers’ Cadre. The recruitment was stopped in the wake of court decision. The other key decisions taken today are given below:

-Cabinet also approves two months extension to the Committee for Sub-categorization within Other Backward Classes in the Central List.

-Cabinet approves extension of President's Rule in Jammu and Kashmir for six months with effect from 3rd July, 2019.

Meanwhile, Javadekar also said, "We will introduce the triple talaq bill in the upcoming parliament session."

Notably, the government had promulgated the ordinance on triple talaq twice. Under the Muslim Women (Protection of Rights on Marriage) Ordinance, 2019, divorcing through instant triple talaq will be considered as illegal, void and will attract a jail term of three years for the husband.

The bill to convert the earlier ordinance, issued in September 2018, was cleared by the Lok Sabha in December and was pending in the Rajya Sabha.