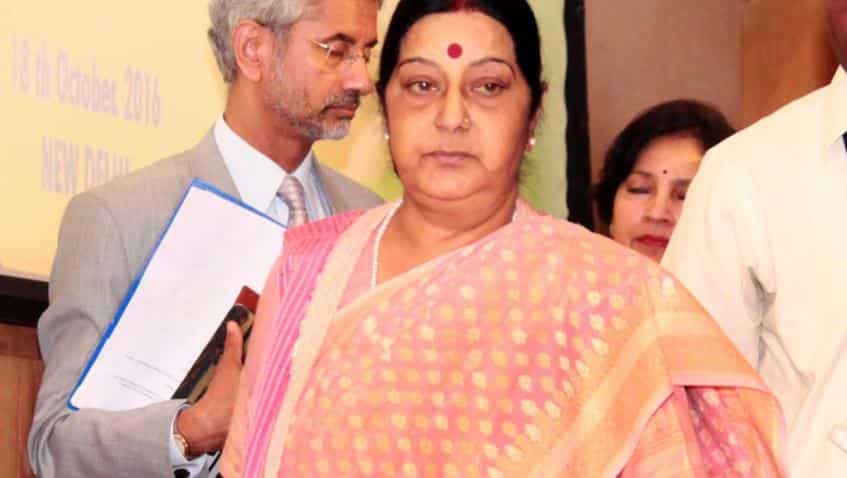 Sushma Swaraj, External Affaris Minister lashed out at a request for transfer on Sunday to end ‘banwas’ or banishment between husband and wife who worked in two different states in India.

If you or your wife were from my Ministry and such a request for transfer was made on twitter, I would have sent a suspension order by now. https://t.co/LImngQwFh6

Nonetheless she did forward the request to the railway minister, Suresh Prabhu.

‘Smit Raj’ took to Twitter on Sunday and requested the minister to transfer his wife, who was a government railway employee in Jhansi, Uttar Pradesh for over a year, to a place closer to Pune Maharashtra, where he works in the IT sector.

@SushmaSwaraj Can u plz help us in ending our banwas in India? My wife is in Jhansi Rly employee and I work in Pune in IT. Been a year+.

His faith in Swaraj to help out in ending the ‘banwas in India’ was brought on as the minister had earlier forwarded a request for passport by a man who worked in America and whose wife was unable to get a passport.

Swaraj forwarded the request to the Consular, Passport and Visa Division while she said, “This banwas should end soon.”

Suresh Prabhu replied to Swaraj’s tweet saying that he doesn’t personally look into transfers but would take ‘suitable actions as per rules.’

1/Thanks @SushmaSwaraj ji for bringing it to my notice.As per policy laid by me,I don't look into transfers.Railway Board empowered for same https://t.co/WSqxinGx1u

2/Asked Chairman,Railway Board to take suitable action as per rules https://t.co/WSqxinGx1u