This meant that the EU (Notification of Withdrawal) Bill passed the House of Commons without any changes. 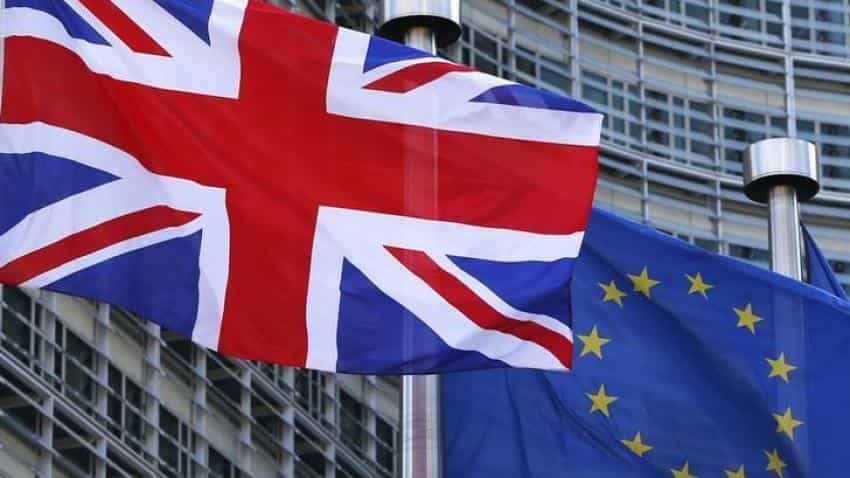 May has committed to triggering Article 50 by the end of March. Photo: Reuters
Written By: PTI
RELATED NEWS

From drinks to drugs to cars: Global business hit by EU vote

Britain's Parliament has passed the 'Brexit bill' paving the way for Prime Minister Theresa May to trigger negotiations for the UK's exit from the European Union.

The House of Commons yesterday rejected amendments by the House of Lords, calling on the government to protect the status of EU nationals within three months of the start of Brexit talks, by 335 votes to 287. They also dismissed calls for Parliament to have a meaningful vote on any Brexit deal by 331 to 286 votes.

This meant that the EU (Notification of Withdrawal) Bill passed the House of Commons without any changes.

The bill was then passed unamended by the House of Lords after peers voted by 274 votes to 118 not to challenge the Commons again over the issue of whether Parliament should have a veto on the terms of exit.

The House of Lords had already agreed not to reinsert guarantees over the status of EU residents in the UK back into the bill after they were rejected by MPs.

The bill is now expected to receive Royal Assent from Queen Elizabeth II to become a law. May could then theoretically trigger Article 50 of the Lisbon Treaty any time this week, but indications are that she is unlikely to trigger the negotiations until the end of this month.

"The issue of the rights of EU nationals to remain here is a decent human one and part of our economic success or not," said Labour leader Jeremy Corbyn.

The bill was passed even as Scotland's First Minister Nicola Sturgeon said she will be seeking the Parliament's permission to hold a referendum on Scotland's independence from the UK, a move described as "divisive" by Downing Street.

Sturgeon wants this referendum to be held between the second half of 2018 and first half of 2019 for Scotland to be able to have a say over its relationship with the European Union (EU) post-Brexit.

If it gets parliamentary approval, this will be the second such Scottish independence referendum after 2014, when the region had voted to remain part of the UK.

Britain's Brexit Secretary David Davis had called on Parliament over the weekend to not block the bill any longer or "tie the prime minister's hands" over Parliament getting a final vote on the deal and on EU citizens' rights in the UK.

Ahead of the Commons vote, the heads of 35 Oxford University colleges had pleaded with MPs to allow European Union citizens the right to stay after Brexit.

In a letter to The Times, signed by Louise Richardson, the Oxford vice-chancellor, and the heads of all but three of the colleges, the academics dismiss as insufficient the indications by ministers that European citizens already resident in Britain were likely to be allowed to stay. May has committed to triggering Article 50 by the end of March.

From drinks to drugs to cars: Global business hit by EU vote