Javid, the UK's senior-most Pakistani-origin minister, had two months from that date to sign off on that order. 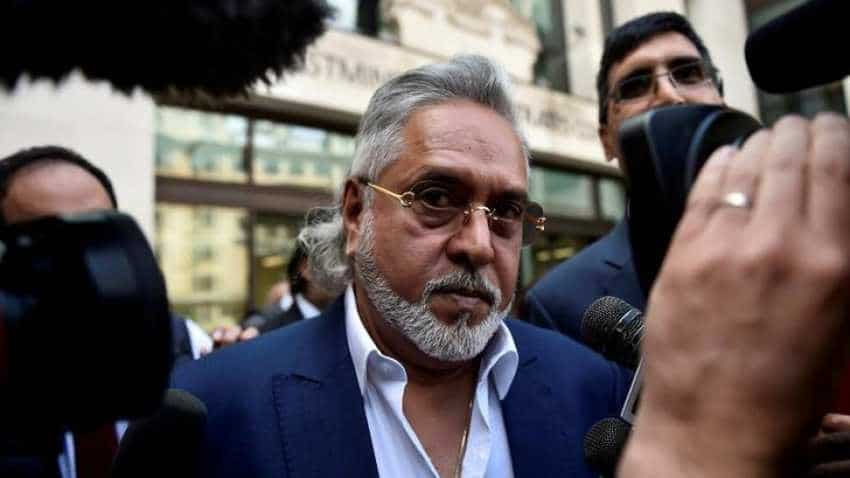 Vijay Mallya now has 14 days from February 4 to apply for leave to appeal to the UK High Court, Image source: Reuters

The extradition of Vijay Mallya, accused of conspiracy to defraud banks and money laundering offences, has been approved by UK Home Secretary, the British government said on Monday, in a major blow to the liquor baron and boosting India's efforts to bring back the fugitive businessman.

The 63-year-old business tycoon had been found to have a case to answer before the Indian courts by Westminster Magistrates' Court in London on December 10, 2018.

Under the Extradition Treaty procedures, the Chief Magistrate's verdict was sent to Home Secretary Sajid Javid because only he was authorised to order Mallya's extradition.

Javid, the UK's senior-most Pakistani-origin minister, had two months from that date to sign off on that order.

Mallya now has 14 days from February 4 to apply for leave to appeal to the UK High Court.

Meanwhile, in a tweet, Mallya said he will initiate the appeal process against his extradition order.

The Home Secretary's order rarely goes against the court's conclusions as he has to consider only some very narrow bars to extradition which are unlikely to apply in this case, including the possible imposition of a death penalty in a particular case.

The UK Home Office confirmed on Monday that after considering all matters, Javid had signed Mallya's extradition order on Sunday.

"On February 3 the Secretary of State, having carefully considered all relevant matters, signed the order for Vijay Mallya's extradition to India," a Home Office spokesperson said.

"Vijay Mallya is accused in India of conspiracy to defraud, making false representations and money laundering offences," the spokesperson added.

Mallya is on bail on an extradition warrant executed by Scotland Yard in April 2017 after the Indian authorities brought fraud and money laundering charges amounting to Rs 9,000 crores against the former Kingfisher Airlines boss.

The former Kingfisher Airlines' boss has earlier indicated that he intends to file an application to appeal against the Westminster Magistrates' Court verdict in favour of his extradition to India.

The businessman had told reporters soon after the ruling by Chief Magistrate Emma Arbuthnot in London in December 2018 that he would consider the verdict in detail and decide his next course of action. His legal team later confirmed that he will seek leave to appeal against the court order.

"Dr Mallya has now been able to consider the court's decision and intends to file an application for permission to appeal at the appropriate time," said Anand Doobay, Partner at UK-based Boutique Law LLP, who has been Mallya's solicitor through the extradition process.

While Mallya's legal team had argued in the UK court that the default on the loans sought by the now-defunct airline were the result of business failure, the Crown Prosecution Service (CPS) had claimed fraudulent intentions by the businessman in seeking and then dispersing those loans.

Judge Arbuthnot, in her ruling delivered on December 10 at the end of a year-long trial, concluded there is a case to answer in the Indian courts over substantial "misrepresentations" by the "flashy billionaire" of his financial dealings.

There is clear evidence of dispersal and misapplication of the loan funds and I find a prima facie case the Dr Mallya was involved in a conspiracy to launder money,? she said.

The judgment had also dismissed the defence team's attempt to challenge the case on human rights grounds by claiming that Barrack 12 of Arthur Road Jail in Mumbai, where the businessman is to be detained following his extradition, did not meet the requirements.

The UK court said it was satisfied with the various assurances provided by the Indian government, including a video of the jail cell, which had not only been recently redecorated but was also far larger than the minimum requirement threshold.

"I noted that he (Mallya) is taking a whole range of medications which the GoI (government of India) will ensure he has access to," the judge said.

Mallya needs permission to appeal against this verdict within 14 days of the Home Secretary's decision, and the case would then proceed to the UK High Court if the appeal is allowed.

There is some limited recourse for the case to go on to a further level of the Supreme Court, but that is only possible if the High Court certifies that the appeal involves a point of law of general public importance, and either the High Court or the apex court gives leave for the appeal to be made.