Following the reported leak, a fake tweet stating that the exam was rescheduled for April 16 from the University's handle was doing the rounds. The university, however, denied the claims and said that the tweet was fake. 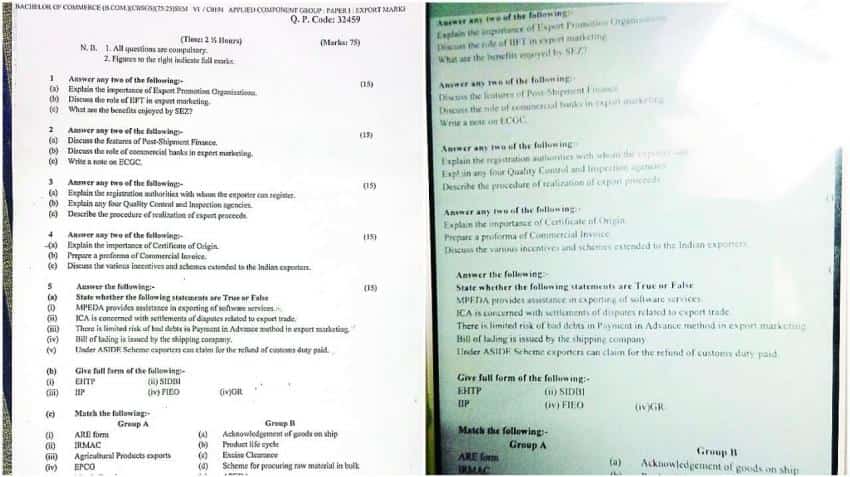 Minutes before the TYBCom exam on Wednesday, the question paper on 'Export Marketing' was reportedly doing the rounds on WhatsApp. Many students said they started receiving the question paper copy post 10.30 am. The exam was scheduled to commence at 11 am. DNA has a copy of the paper with the timestamp indicating 10.37 am.

Students said the paper was circulating on various student groups and groups of various coaching classes. A student from a college in Matunga said that the paper reached most students between 10.30 am and 10.45 am. "Many of us were shocked to see that the purported paper matched the real paper," said the student.

Following the reported leak, a fake tweet stating that the exam was rescheduled for April 16 from the University's handle was doing the rounds. The university, however, denied the claims and said that the tweet was fake. "All the reports of leak are false. We have not got any genuine information in the issue and there won't be any re-exam. The tweet is fake," said Vinod Malale, Deputy Registrar (PR), Exam Department, University of Mumbai.

A coaching class owner, however, said that many students had a copy of the paper before the exam began. "Several students had got a copy of the question paper before the final bell for the exam rang at around 10.37 am. After seeing the original paper, they realised that the paper in the photo being circulated was exactly the same as the question paper. The university should acknowledge this and schedule a re-exam," said the owner.