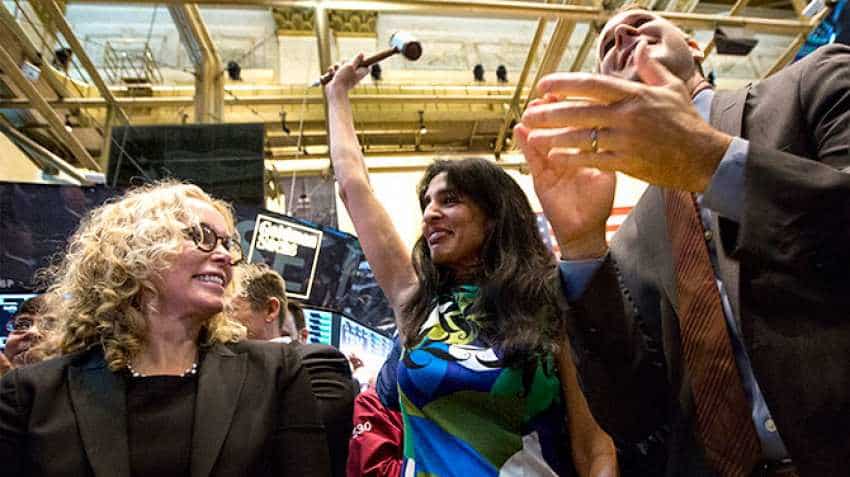 Forbes has just released a list of America's 60 richest self-made women with two Indian-origin women making it to the list. Notably, both of them are technology executives. They are Jayshree Ullal and Neerja Sethi.

Born in London and raised in India, Ullal, 57 has been president and CEO of Arista Networks, a computer networking firm, since 2008.

The publicly-traded company recorded revenues of USD 1.6 billion in 2017. Forbes said Ullal owns about five per cent of Arista's stock, some of which is earmarked for her two children, niece and nephew.

Sethi, 63, is the vice president of IT consulting and outsourcing company Syntel, a company she cofounded with her husband Bharat Desai in 1980 in their apartment in Troy, Michigan.

Kylie Jenner, 21-year-old reality-TV star and entrepreneur, is the youngest to be featured in the power list. She is half sister of Kim Kardashian, who herself made it to the Forbes list for the first time ever.

"America's top female entrepreneurs have shattered ceilings and scaled new heights, creating companies and building fortunes in everything from genetic testing to aerospace. Increasingly these self-made starters are tapping social media to cement their brands and build businesses ever more quickly. That in turn has helped the nation's most successful women become richer than ever before," Forbes said.

The combined net worth of the 60 women on the list is a record $71 billion, 15 per cent more than in 2017. The minimum net worth to make Forbes' fourth annual ranking of these top women jumped 23 per cent to a record USD 320 million.

Twenty-four of these women are billionaires, another record, up from 18 last year. Seven newcomers joined the ranks, including four Instagram-savvy makeup moguls. The richest of these new faces is billionaire Anastasia Soare, whose cosmetics company Anastasia Beverly Hills, best known for beautifying eyebrows, now has more than 17 million followers on Instagram.

Taking the number one spot is Diane Hendricks, a Wisconsin billionaire who owns ABC Supply, one of the largest wholesale distributors of roofing, siding and windows in America.

The vast majority of list members hail from California -- 27 altogether. Although 17 list members made their fortunes in fashion and retail, 13 including Facebook's Sheryl Sandberg built fortunes in technology, while 10 including Oprah Winfrey and Taylor Swift made it in media and entertainment, Forbes said.