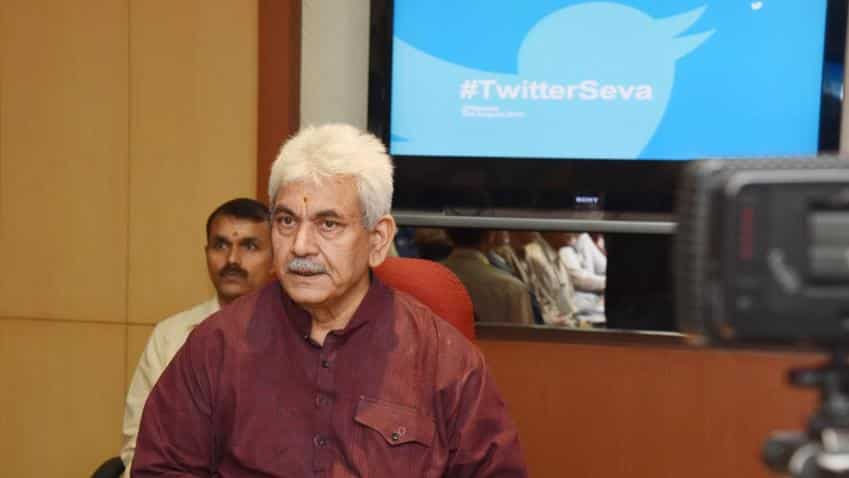 Twitter Seva has been launched in partnership with Twitter India. Manoj Sinha at the launch of #TwitterSeva Photo: IANS
RELATED NEWS

Twitter Sewa, the latest initiative by the Ministry of Communication, was launched today for addressing the complaints and concerns of common man and other stake-holders in the telecom and postal sectors.

Ministry of Communication on Tuesday announced the launch of Twitter Sewa with the twitter handle of Manoj Sinha (@manojsinhabjp), Minister of State for Railways.

Manoj Sinha said that the government has launched this new initiative that aims to provide a transparent, clean, responsive and accountable administration.

Twitter Seva has been launched in partnership with Twitter India and each department is expected to classify the queries as per their respective hashtags.

Sinha also commented on this initiative being in line with Prime Minister Narendra Modi’s vision of “minimum government, maximum governance.”

Here’s how it works

These tweets will then be classified and sent across from the Minister’s handle as open tickets to the various departments, divisions and telecom sectors.

The Minister said that the telecom ministry and Department of Post will henceforth compile a list of complaints from this Twitter Sewa and categorize them into immediate, mid-term and long-term complaints, while adding that he has complete faith in his officers and staff, but since both the telecom and posts are service sectors, customer is the king here and this is all the more relevant for BSNL and MTNL.

The TSPs (telecom service providers) are expected to resolve the complaints forwarded to them under this arrangement, the Ministry stated.

“The challenge is gigantic as India has the biggest postal network in the world and the number of mobile-phone subscribers had already crossed 1 billion in January this year. Therefore, we are aware that complaints are going to pour in from across the country and in great numbers. But I would like to assure you that Ministry will rise up to this challenge,” Sinha said in a statement.

The Minister also underlined that there are chances that this ‘twitter seva’ may be misused by some rogue elements but he expressed the hope that Twitter authorities will take care of the same.