The Railway minister said that about 2.25 -2.50 lakh more people are expected to get the opportunity, while the recruitment exercise for 1.50 lakh is underway. 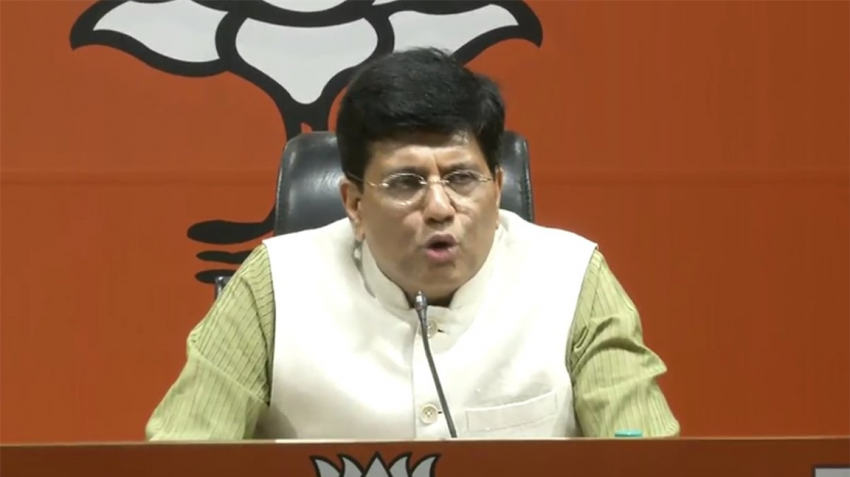 In February 2018, Indian Railways embarked upon the process to recruit about 90000 employees for various posts in its different departments. Image source: IANS

Indian Railways jobs: If you missed the chance to take part in the mega recruitment drive of Indian Railways last year, you need not worry as the opportunity is once again knocking at your door because Railway Minister Piyush Goyal has made another announcement that fresh vacancies which will be notified soon. Addressing media persons in Delhi today, Piyush Goyal said, "Last year we started the process to give jobs to 1.50 lakh people and, still, we have the requirement of about 1.32 lakh in Railways." Talking about vacant positions in future, Goyal said that in coming two years about 2 lakh employees are expected to retire.

The Railway minister said that about 2.25 -2.50 lakh more people are expected to get the opportunity, while the recruitment exercise for 1.50 lakh is underway. He expressed that in a way Railways alone is giving 4 lakh jobs, and the process for 1.50 lakh jobs is already underway and is expected to be completed in the next 2-2.5 months.

In February 2018, Indian Railways embarked upon the process to recruit about 90000 employees for various posts in its different departments. Touted as the world’s biggest recruitment drive, the process was started to fill vacant positions of assistant loco pilots, technicians, gangmen, switchmen, trackmen, cabinmen, welders, helpers and porters.

A notification was issued to recruit 63,000 employees in group D category that included gangmen, trackmen. Further, the Railways again issued a notification to fill 26,502 posts of loco pilot and assistant loco pilot.

The objectives behind the mega recruitment drive was to strengthen safety in train operations which had been dented by a series of derailments in the past.