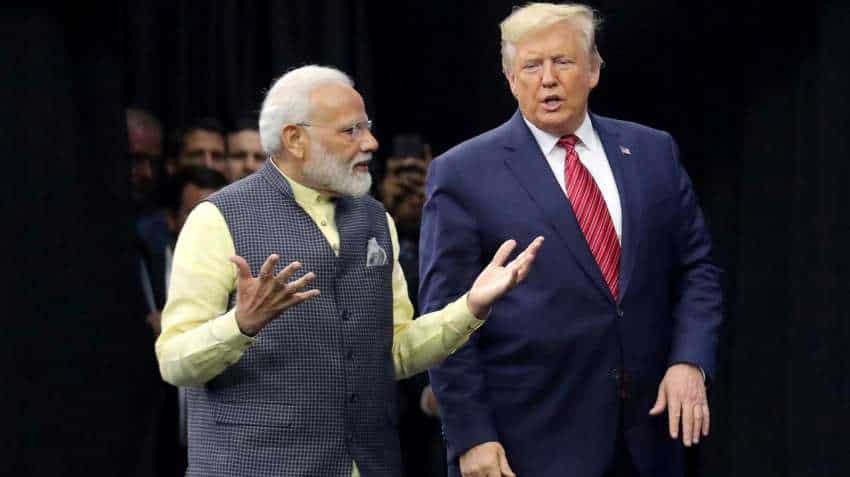 "As we continue to build our defence cooperation, the US looks forward to providing India with some of the best and most-feared military equipment on the planet. We make the greatest weapons ever made. We make the best and we are dealing now with India," the US President said while speaking at the Motera stadium in Ahmedabad after landing in the Gujarat city earlier.

"I am pleased to announce that tomorrow, our representatives will sign deals to sell for over $3 billion the finest, state-of-the-art military helicopters and other equipment to the Indian armed forces."

Ahead of Trump`s visit to India, the Cabinet Committee on Security headed by Prime Minister Narendra Modi on February 19 cleared the two deals to acquire 24 MH-60 `Romeo` naval multi-mission helicopters for $2.12 billion and six AH-64E Apache attack choppers for $796 million from the US.

The first batch of six MH-60R helicopters, equipped with multi-mode radars and night-vision capabilities as well as Hellfire missiles, MK-54 torpedoes and precision-kill rockets for potent anti-submarine warfare, would be delivered within a year. The remaining 18 will be delivered within four years.

The six Apaches, armed with Stinger air-to-air missiles, Hellfire Longbow air-to-ground missiles, guns and rockets, would be delivered in three and a half years.