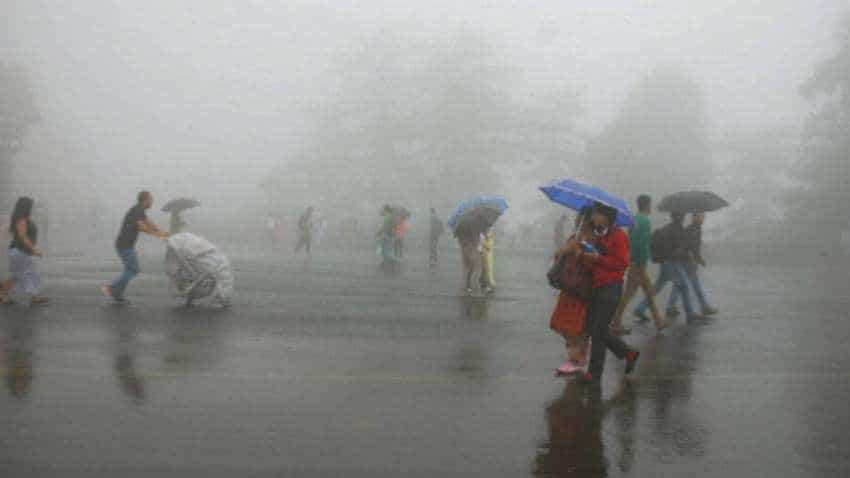 Every time when there is heavy rains especially in Maharashtra, the financial hub Mumbai seems to slow down to a certain point of time. This creates a lot of problems for citizens, passengers, airlines and railways. It has only become a month and Mumbai has already slowed down to due to heavy rains. And now that we are in the month of July, which is considered the major month where rains are heavy, is set on a path to not only slow down Mumbai but many other cities. According to Skymet, during the last 24 hours, the coastal stations of Maharashtra have recorded moderate to heavy rains with isolated very heavy spells. In fact, almost all the districts have recorded good rain over the entire state.

Yesterday, the rains in Nagpur shattered the operations of railways and many airlines.

Low-cost carrier Indigo on June 06 announced ‘Nagpur Alert’ by saying, “Heavy rains have led to water logging on the roads. Please leave for airport a little early to avoid last minute hassle. Also we are happy to offer free re-accommodation to all passengers who’ve missed reporting on time.”

Private carrier Jet Airways announced saying, “#9Wupdate: Keeping in mind the situation with heavy rains in #Nagpur, we’ve issued a waiver on penalties for date/flight change, refund, no-show (including fare difference if any), on all confirmed tickets for flights operating to and from Nagpur for 6th July 2018.”

This week on Tuesday heavy rains in Mumbai resulted in a bridge collapse at Andheri station between east and west which impacted operations of railways and airlines. Not only this, there were lots of short circuits at various station and even a rash driving from double decker bus.

Considering the above, trouble for airlines, passenger and railways seems not to end further, as Skymet currently a cyclonic circulation lies over Chhattisgarh and adjoining area. Another cyclonic circulation is seen over Marathwada in the higher levels. An offshore is running from South Gujarat Coast to Kerala Coast across Maharashtra Coast.

Monsoon remined vigorous over some pockets of Vidarbha, as Nagpur has recorded 282.0 mm of rain, which has also led to flooding situation over the city.

Therefore, Skymet expects rainfall activity to continue with moderate to heavy rains along with few extremely heavy showers along the West Coast.

Rainfall activity will increase over Marathwada and North Madhya Maharashtra. Vidarbha may also witness heavy spells during the next 24 hours including parts of Marathwada.

Mumbai will also continue with moderate to heavy rains over many parts. These rains are likely to continue for another 24-48 hours.

In case if you do plan to travel or do some work in these days, then make sure you have taken proper precautions especially while travelling through trains or airlines.