As the assembly elections in West Bengal start on 27 March 2021, curiosity over the likley candidates to be feilded for state elections is growing. The wait is finally over as the Trinamool Congress (TMC) chairperson and West Bengal Chief Minister Mamata Banerjee announced the candidates for 291 constituencies for the upcoming elections in the state at 2 pm today 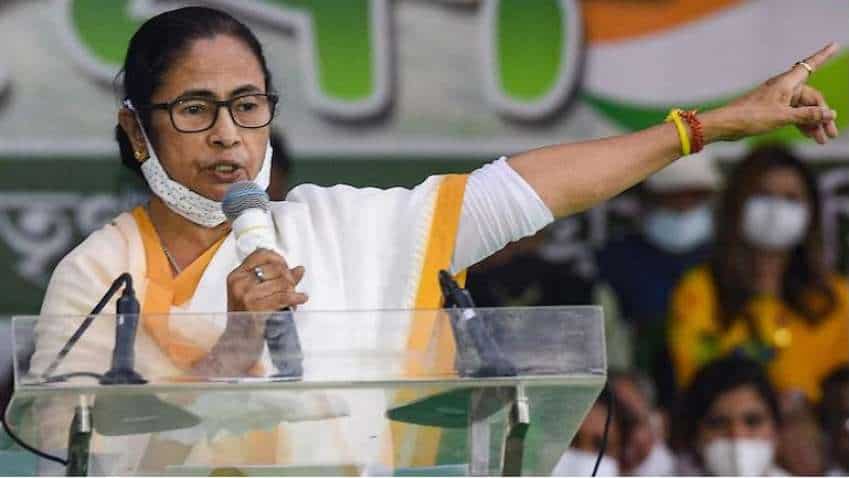 The Trinamool Congress is fighting the elections on the theme of ‘Bangla Nijer Meyekei Chai’ (Bengal wants its own daughter). Source: PTI
Written By: ZeeBiz WebTeam
Edited By: Harish Dugh
RELATED NEWS

Announcements for the remaining three constituencies will be done later.

The TMC has dropped 23-24 sitting MLAs, she said during the press conference.

There is much speculation over whether Mamata Banerjee could choose more women candidates along with younger and new faces with a clean record to fight the elections. The party is expected to field over 30 per cent of women candidates and this will likely be reflected in Trinamool candidate list for West Bengal Election 2021.

The speculations on here contesting the West Bengal Elections from Nandigram is over now as the CM has declared that he will be fighting elections from here. The Bengal CM had on 18 January, announced that she would contest the polls from Nandigram. She will not be contesting from Bhowanipur seats in the upcoming Assembly poll in 2021. She is expected to contest elections against former colleague and MLA Suvendu Adhikari in Nandigram. Adhikari has recently defected to Bharatiya Janata Party (BJP).

The Trinamool Congress has held back-to-back meetings over the last few days to finalise the list for the upcoming polls. TMC leaders have decided not to give tickets to people above the age of 80.

The Trinamool Congress is fighting the elections on the theme of ‘Bangla Nijer Meyekei Chai’ (Bengal wants its own daughter).

Mamata Banerjee had declared a 40.5 per cent quota for women TMC candidates during the 2019 Lok Sabha elections. Of the 42 Lok Sabha constituencies in West Bengal, the TMC had given tickets to 17 women candidates, during the General Elections.