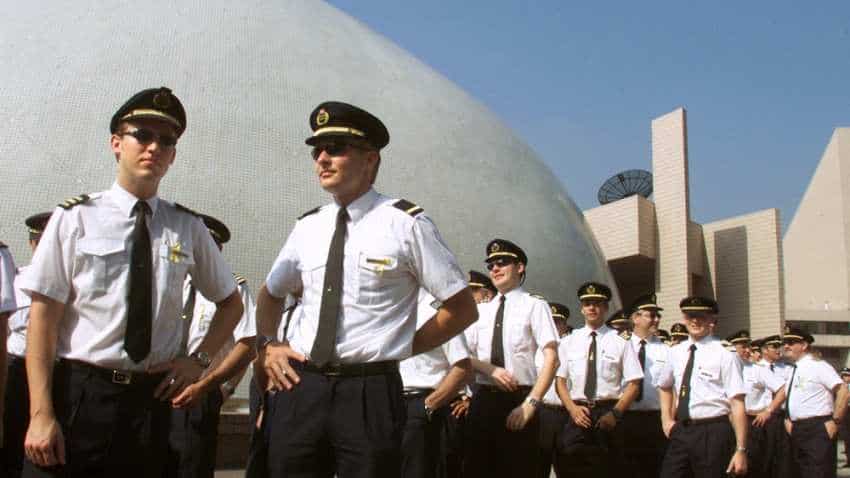 When a pilot or a ground service personnel fails the BA tests or misses it for the first time then the penalty is three months of suspension of licence/approval. Image courtesy: Reuters
Written By: IANS
RELATED NEWS

They were also of the opinion that even aircraft maintenance personnel on ground should undergo the breath analyser (BA) test. The BA test must be strictly enforced as both pilots and ground crew staff were responsible for thousands of passengers` lives.

An official of the Indian Commerical Pilots` Association (ICPA) told IANS that post flight BA tests were done only for international flights to India whereas no pre-flight alcohol tests were done.

"If an Air India pilot flies an international flight after taking alcohol then he is risking the lives of several hundreds of passengers. But by the time he lands in India then the alcohol level might have gone down and would pass the BA test," he said.

The official said in the case of domestic flight, pre-flight BA test is done. According to him, drunken flying should be treated as a criminal offence.

"The airline can hire doctors or agencies to oversee the conduct of the BA tests," the ICPA official added.

An Indian Air Force (IAF) official told IANS preferring anonymity: "No sane person will start a fighter jet under the influence of alcohol. It is akin to committing suicide."

When a pilot or a ground service personnel fails the BA tests or misses it for the first time then the penalty is three months of suspension of licence/approval.