Indian Railways while providing new timetable for a list of trains starting November 2017 - also mentioned that it will also introduce six new trains under Tejas, Humsafar, and Antyodaya. 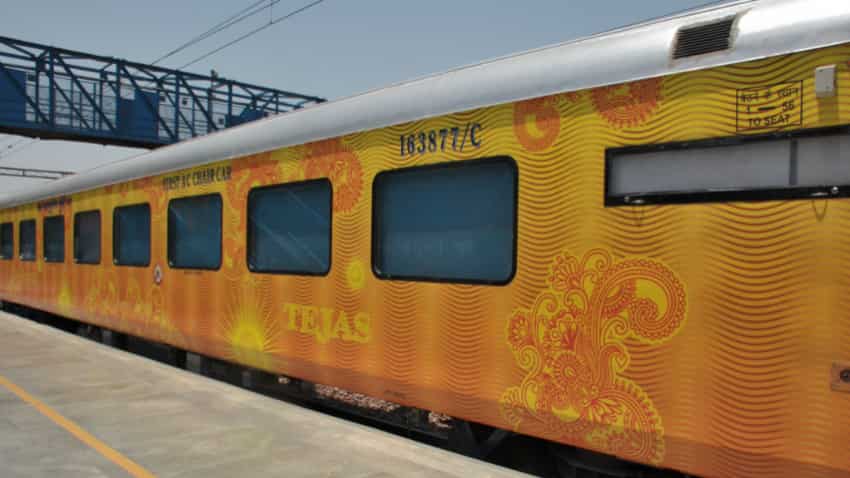 The new Tejas Express has finally featured in the timetable for passengers travelling between Chandigarh and New Delhi.

New Delhi - Chandigarh Tejas Express, train number 22425, will cover a distance of 244 kilometres at an average speed of 84 kilometer per hours.

This new Tejas Express will depart from New Delhi at 9.30 am and will arrive at CDG Chandigarh Junction at 12.25 pm - covering travelling period of 2 hours 55 minutes.

Last month, the Indian Railways while providing new timetable for a list of trains starting November 2017 - also mentioned that it will also introduce six new trains under Tejas, Humsafar, and Antyodaya.

New Delhi - Chandigarh Tejas Express was expected to be the first one among the new plan of Indian Railways. It is also expected to have another train number 22426 - which will depart from Chandigarh at 2.35 in noon and arrive at New Delhi at around 5.30 pm.

Apart from this, the other five trains under Tejas, Humsafar and Antyodaya that are expected to run soon.

These three luxury trains are among the  four new train projects announced by the government in the Rail Budget of financial year 2016-17, along with Uday Express.

It features side curtains on the corridors like 2AC which were removed from 3-tier AC sleepers. LED screen display to show information about stations, train speed etc. and has announcement system as well. Vending machines for tea, coffee and milk and charging ports for mobiles, laptops etc.

Exterior of coaches has a futuristic look with the use of Vinyl sheets. Safety measures in compartments like introduction of smoke alarms and CCTV cameras.

Having similar features like Humsafar express - Tejas are also among the fastest trains in India along with Rajdhani Express, Gatimaan Express, Shatabdi Express and Duronto Express and gets the highest priority on the Indian railway network.

Just like Tejas and Humsafar this train also provides similar services to passengers. However, it is completely Unreserved/General coaches designed by Indian Railways.

These are going to be overnight trains. Antyodaya Express was proposed in 2016 Railway Budget of India to operate on peak routes having more rush.