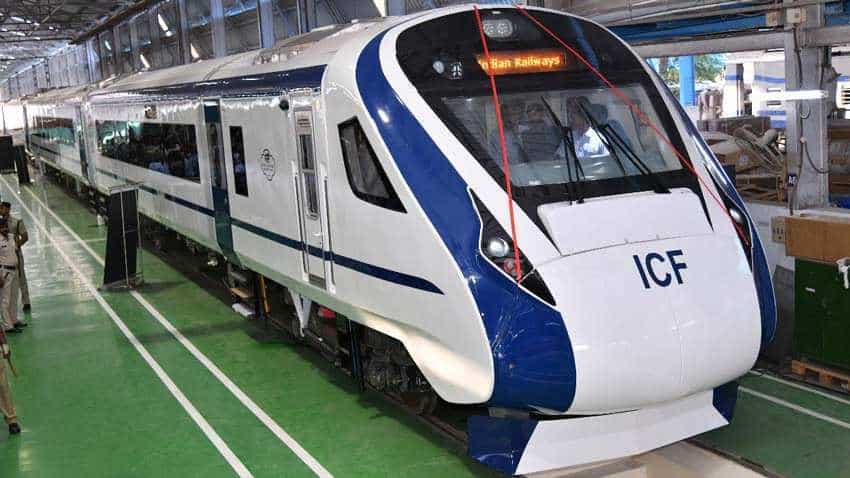 The Indian Railways has completed all preparations for running the country's most modern and first semi-high speed train Train 18. It was on trial today between New Delhi and Varanasi. During the trial run, the railways attempted to take the train from New Delhi to Varanasi under 8.35 hours. According to senior railway officials, this train may be opened for passengers travelling between Delhi and Varanasi on any day between 07 to 10 February. Prime Minister Narendra Modi will flag off the train from New Delhi. The exact date of the launch of Train 18, however, will be announced after the railways get a date from the Prime Minister's Office.

Officials said Train 18 has passed the time trial. Today, it started at the laid down time of 6 am from New Delhi and reached 15 minutes before to Kanpur at 10.18 am. It reached Allahabad 12 minutes before the laid down time at 12.25 pm. However, it reached Varanasi 10 minutes late. Train 18 had to start its return journey from Varanasi at 3.00 pm and reach New Delhi at 11.35 pm.

Indian Railways has announced the country's first semi-high speed train will be named as Vande Bharat Express across the country. This train has been developed by Indian Railway's Chennai-based coach factory. Train 18 has been previously tested at a speed of up to 180 kilometer per hour.

But during the New Delhi to Varanasi journey, this train will be run at a speed up to 130 kmph because of busy routes and tracks.

The ticket cost of Train 18 will likely be more than Shatabdi Express.

Train 18 has features like modern trains running in Europe and runs without a separate engine.

Meanwhile, reports say that Train 18 was vandalised by stone-pelters in the morning today when it was being taken from Shakur Basti to New Delhi Railway Station. The attack took place near Daya Basti.

Train 18 was previously attacked on 20 December during the trial run around the same place in Delhi.

The story was first published by ZeeBusiness Online (Hindi).