Indian Railways Train 18 set to give you your Goldilocks moment!

Train 18: The first of its kind train for Indian Railways, the Vande Bharat Express has redefined passenger amenities. 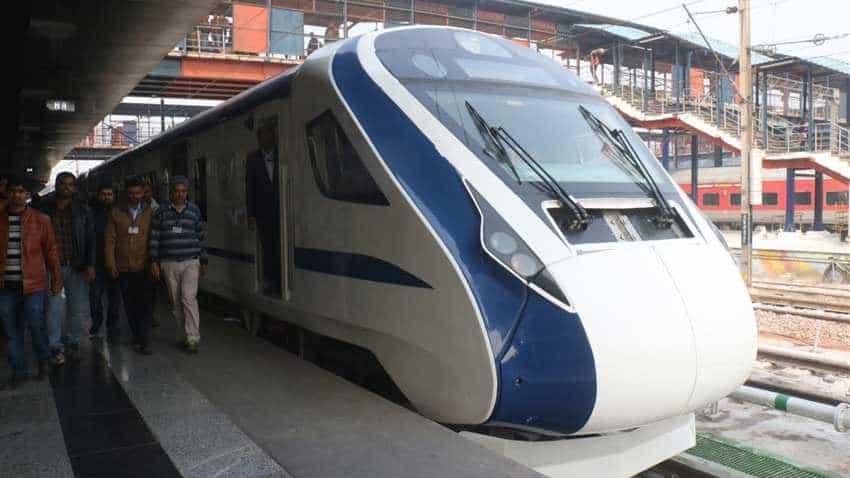 Railway Board has asked the Integral Coach Factory (ICF) to manufacture 10 more T-18 train sets. The ICF is expected to roll out the second T-18 train set by March end. IANS

State-of-the-art Train 18 aka Vande Bharat Express has recently completed its final trial from Delhi to Varanasi. The indigenously-built train will be flagged off by Prime Minister Narendra Modi. The Vande Bharat Express will run between New Delhi and PM Modi's constituency - Varanasi. It will cover a distance of over 800 km in around 8 hours. The fully AC train will have stoppages at Kanpur and Allahabad. The average speed of the train during the recent trial was around 112 kmph. However, it has achieved a speed of 180 kmph during initial trials.

According to plans, the Vande Bharat Express will leave New Delhi at 6 am and will reach Varanasi at 2 pm. In return, the train will start at 2.30 pm from Varanasi to reach Delhi at 10.30 pm.

The most amazing feature of the train is its automatic climate control system that keeps the cooling as per need. This means you won't feel the need of a blanket during the entire journey.

The climate control system adjusts the temperature taking into the consideration the occupancy and external weather.

Therefore, the cooling in the coach will be directly proportional to the number of passengers present in the coach.

Railway Board has asked the Integral Coach Factory (ICF) to manufacture 10 more T-18 train sets. The ICF is expected to roll out the second T-18 train set by March end.

The 16-coach train has been built at a cost of Rs 97 crores and is the first engine-less train in the country. It has two executive compartments with 52 seats each and 14 non-executives coaches with 78 seats each.

As per the 'principle' widely used, stemming from 'Goldilocks and the 3 Bears' fairy tale, the lead character, who is a young girl, goes through 3 porridge dishes on a table and indicates her preference for the one that is neither too hot nor too cold, but just the right or perfect temperature.