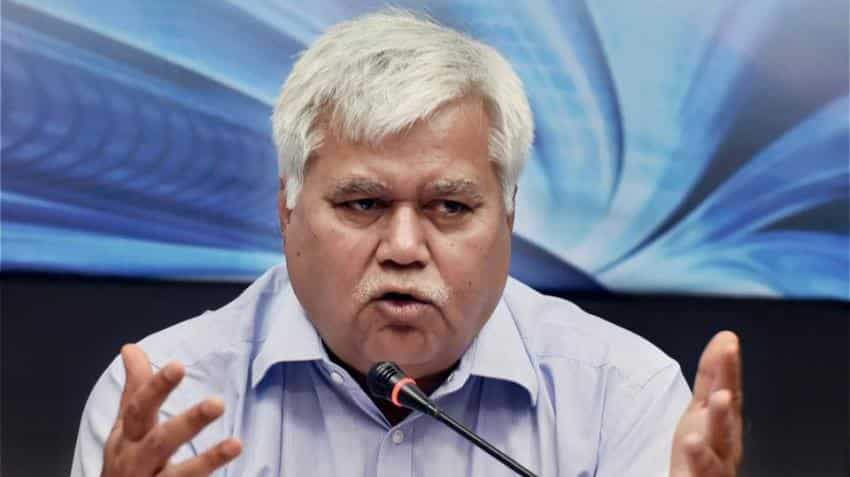 While talking about telecom industry and concerns over consumers’ data utilised by companies providing variegated services, TRAI Chairman RS Sharma said, "The apps, sites must take permission from users for every specific use. And whenever they want to use the data for a different purpose they must seek permission again."

Let's have a look at what all he told Zee Business:

1. The role regulator has to play in bailing out the industry, it played that.

2. It's not regulator's job to join the politics of the industry. Regulator's role is to do its duty in an impartial manner.

3. We have been given the mandate to do our duty in transparent, non-availability discriminatory manner and we are doing that.

5. Those companies who have failed to perform as per the new quality of service benchmarks, TRAI has issued show-cause notices to them and sought a reply. Appropriate action would be taken against them if found not fulfilling the requisite norms.

6. TRAI issued a consultation paper on data speed. In this, TRAI would like to decide if service providers can't tell what will be the minimum internet speed every time, they should at least tell their consumers what will be the average data speed in a particular plan.

7. Cost of data through wi-fi hotspots would be much lesser than the normal wireless broadband. Apart from the cost, there would be a convenience in accessing data through wifi.

8. There are many apps as well as an operating system whose privacy policies have nothing to do with privacy. They basically ask you which data that belongs to you can be taken by them. They take permission from users regarding the use of the consumers' data. In a way, they seek permission to utilise consumer's data in the way they want to. Unfortunately, such situation is there and it is necessary to deal with it in a manner that users have control over their data. The apps, sites must take permission from users for every specific use. And whenever they want to use the data for a different purpose they must seek permission again.

9. Privacy means the user should in control if his or her data. Privacy doesn't mean that user should give away all rights to the company which is having his data that it should utilise it in whatever way they wish to. This is a serious breach of privacy. And it should not be permitted.