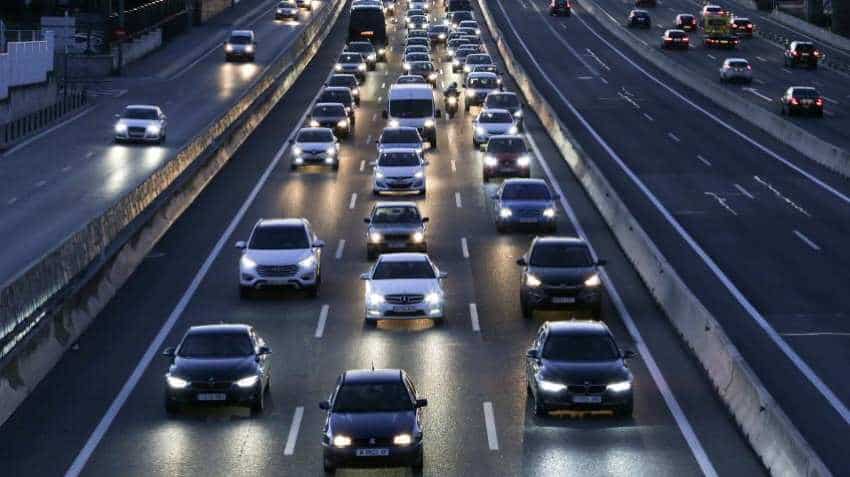 The number of road accidents and fatalities have reduced as well as the government has earned over Rs 577 crore revenue through challans since the implementation of Motor Vehicles, Photo: Reuters
Written By: IANS

The Centre on Thursday informed the Lok Sabha that the number of road accidents and fatalities have reduced as well as the government has earned over Rs 577 crore revenue through challans since the implementation of Motor Vehicles (Amendment) Act, 2019.

"As per the information available from certain states and Union Territories, the road accidents and fatalities have reduced," Minister of Road Transport and Highways Nitin Gadkari responded to a query from M. Selvaraj, a lawmaker from Tamil Nadu.

In a written reply, Gadkari said the number of fatalities in Kerala during September-October this year was 314 which was 321 during the corresponding period in 2018, a reduction of 2.1 per cent.

The number of fatal incidents were 4.1 per cent high in Chhattisgarh where 305 such incidents were reported in September-October compared to 293 registered in 2018 during the corresponding period.

Responding to a query of another lawmaker, the Minister said a total of 38,39,406 challans have been issued since the implementation of Motor Vehicles (Amendment) Act, 2019 and amounts earned so far are estimated over 577 crore.

He clarified that the Ministry has not received any information from any state that they are not implementing the provisions of the Act.

The Motor Vehicles (Amendment) Act, 2019 is intended to bring reforms in the area of Road Safety, bring citizen facilitation, transparency, and reduce corruption with the help of information technology and removing intermediaries, the Minister said.

The act aimed at strengthening public transport, safeguard and protect good samaritan and bring in reforms in the insurance and compensation regime.